Fortuna Sittard went into the international break on the back of a crushing 5-0 loss at the hands of PSV. The home team were dominant from start to finish and they registered this comfortable win over the visitors. Heracles are winless since March and the latest result for the team was a 2-0 loss at the hands of Heerenveen.

Fortuna Sittard have done well to pick up wins over Groningen and Willem II in recent weeks. They have kept the club in a position to avoid finishing in the bottom three. Heracles have been noticeably poor over the last few weeks. In away games, Heracles have only picked up two points throughout the campaign. Despite having won back-to-back games against Fortuna Sittard, Heracles might be ending for a defeat in this game.

There have been more than 2.5 goals in three out of the recent four away games for Heracles. Might come as a surprise considering that Heracles have struggled to score goals at a decent pace. The away matches are a major problem for the club. This should result in Fortuna Sittard taking advantage with goals.

Heracles have not scored in back-to-back league matches. Even though they have performed well against Fortuna Sittard with goals in the past six matches against this opponent, Sjors Ultee’s team are in a good position to build on the recent wins over Groningen and Willem II.

Fortuna Sittard boss Sjors Ultee can sense a lot of relief for his team coming up in the next few weeks. After struggling in the relegation zone, there are signs of the team being able to jump outside at a crucial stage in the campaign. One may not expect too many changes in the starting line-up, as just Ryan Johansson and Arianit Ferati are out because of injury.

Heracles do not have to just find a workaround to the poor form, but manager Frank Wormuth has to deal with the long list of injury problems. Lucas Schoofs, Elias Oubella, Janis Blaswich, Ismail Azzaoui, and Kaj Sierhuis are missing from action for Heracles.

Analysis for the Eredivisie Game for Fortuna Sittard vs Heracles 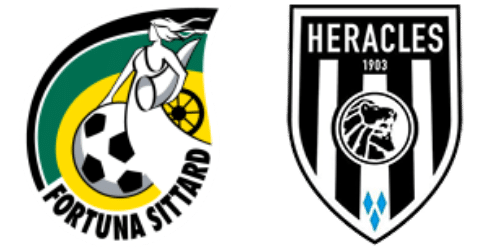 Where is the match going to take place? Fortuna Sittard Stadion

Who is the favourite team to win the game? Fortuna Sittard and Heracles