Fleetwood Town look to shake off a losing start to the new season when they go up against Plymouth Argyle at the Highbury Stadium this weekend. The fixture will be analysed from every perspective for this betting review.

Fleetwood Town were able to manage decent performance even if they ended up losing against Port Vale in the opening game of the campaign. Plymouth Argyle picked up a 1-0 victory against Barnsley in the opening game thanks to a goal just before half-time by Azaz.

Fleetwood have had the significant upper hand in this fixture two wins and no defeats in the last four games at the Highbury Stadium. However, Plymouth come into the game with momentum from the recent win over Barnsley while Fleetwood collapsed after a decent start against Port Vale. Fleetwood had one of the worst home records last season with just five wins from 23 games while Plymouth had one of the best away records with nine wins from 23.

Plymouth were more focused on a strong defence last season. The team has started on the same vein this season with a clean sheet in the opening game. Fleetwood might have had a couple of good chances in the opening few exchanges against Port Vale, but they are not excellent in many regards.

Plymouth will be very hard to breach at the back and this was the case even last season. However, Fleetwood are showing a lot of positivity under Scott Brown and they would be hard to break down.

There was plenty of optimism at Fleetwood before the start of the season but that might have subdued a little bit following the loss to Port Vale in the opening game. However, there are a lot of positives for manager Scott Brown to take over in his first job as a manager. Brown will come into the game without Darnell Johnson, who has an Achilles tendon rupture.

Plymouth Argyle are keen on pushing further and finishing in the play-offs or automatic promotion spots the season. Last season, the club finished just outside the places where clubs compete for promotion. A number of loan deals have enhanced the squad compared to last season. Jordan Houghton is suspended for the game while Brendan Galloway is unavailable because of a knee injury. 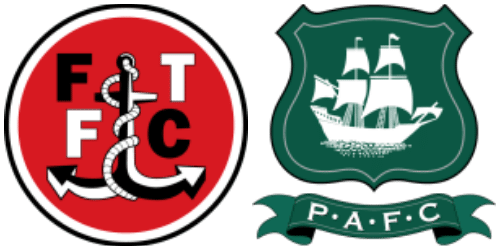 Who is the favourite team to win the game? Plymouth Argyle