This preview will focus on incredibly competitive league encounter between Feyenoord and Vitesse at the Stadion Feijenoord. Vitesse are Feyenoord in the league table but they have a six point deficit to catch up.

Feyenoord finished 2021 on a positive note after a 3-0 win over Heerenveen. Vitesse also had a positive into the 2021 calendar year after a 1-0 success over PEC Zwolle. Lois Openda scored the only goal of the game in this victory.

Draw at half-time and Feyenoord win at full-time

Feyenoord have not beaten Vitesse since 2018, but that sequence might come to an end with Vitesse struggling in recent away games. Apart from a big win over Cambuur, the away results for Vitesse have not been hugely impressive, but Vitesse do score a lot of goals in the first half of away games. Meanwhile, Feyenoord have only lost to Ajax in the last 12 league matches at home. In fact, Ajax are the only team to beat Feyenoord at the Stadion Feijenoord in the league games February 2021.

The games between Vitesse and Feyenoord might have been low on goals up until now, but both teams have been carrying good form coming into this fixture. There could be plenty of goals in this game.

Feyenoord vs Vitesse: Eredivisie’s Battle for the Third Place

Feyenoord have to be exercising a lot of caution when trying to take on Vitesse, who are emerging as a real challenger for the third spot. The loss against Ajax comes at a very bad time for Feyenoord, who are now three points behind the second-placed outfit. Luis Sinisterra is unavailable for Feyenoord due to an injury, while Gernot Trauner and Denzel Hall are doubtful for the match.

Vitesse have moved very close to making a push for Feyenoord’s third place owing to a lengthy unbeaten run. Even though Vitesse how to improve their away form, the team are unbeaten since the middle of November. There are no injury problems for Vitesse.

Analysing the Stats for Feyenoord vs Vitesse

FAQs on Feyenoord vs Vitesse game 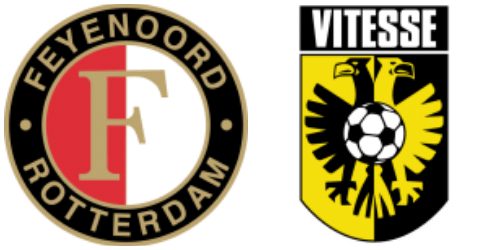