Fenerbahce look to remain on course for Champions League qualification when they go up against Goztepe at the Sukru Saracoglu Stadium this weekend.

Fenerbahce moved ahead into the second spot after an impressive 2-0 victory over Galatasaray last weekend. An opening goal from Miha Zajc came quite early in the game and it was built upon by Serdar Dursun in the second half. Goztepe’s Super Lig woes continued with a 2-1 home defeat against Kayserispor. Franco di Santo scored just before half-time to raise hopes after falling 2-0 down quite early on in the match, but it only turned out to be a consolation.

Fenerbahce victory at half-time and full-time

Fenerbahce have been winning at half-time and full-time in four out of the last six matches. This is in sharp contrast to Goztepe’s record with the team losing three out of the last six matches in both halves. Fenerbahce have been quite relentless in the pursuit of the Champions League spots. It would take a remarkable performance from Goztepe to get anything out of this match.

Goztepe have had a defensive nightmare over the last few weeks. They have witnessed over 2.5 goals in four out of the last five matches. Fenerbahce are not far behind with three out of the recent five matches for the second-placed outfit producing more than 2.5 goals.

Fenerbahce have managed back-to-back clean sheets coming into the match, but they are likely to struggle for a third successive clean sheet on the bounce. Goztepe might be struggling for themselves but they have not score in just one of the last five away matches.

Fenerbahce have been able to get a significant foothold in the race for Champions League qualification after jumping into the second spot last weekend. The club have a favourable turn of games that might help them stay ahead of Konyaspor in the table. Manager Ismail Kartal still remains without some key players like Mesut Ozil, Ozan Tufan, and Irfan Can Kahveci.

Goztepe have had a nightmare run in the Turkish Super Lig and they are looking odds on favourites to get relegated after having fallen a whopping 12 points behind Giresunspor in the 16th place. For the upcoming match, the visitors will be without Atinc Nukan and Wilker Angel due to injury while Irfan Can Egribayat is suspended.

Recent Form, Analysis, and Stats for Fenerbahce vs Goztepe

FAQs on Fenerbahce vs Goztepe game 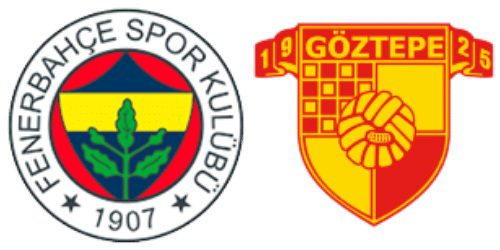