This is a preview of one of the top games in the Turkish Super League this season. Fenerbahce go up against Adana Demirspor for this game.

Fenerbahce required extra time to get past Afjet Afyonspor in the Turkish Cup. However, Fenerbahce were able to come away with a big 2-0 win. Adana Demirspor remain in a very good shape after managing a 3-2 victory over Ankaraspor in the cup. During the last league match, the team were held to a 1-1 draw by Göztepe.

The expectation of goals is much higher from this game with Fenerbahce being able to produce a decent amount of threat going forward with many players on good form. Adana Demirspor also find themselves among the goals. They have over 2.5 goals in 50% of the last four matches.

Adana Demirspor have scored in five consecutive games since the away defeat against Trabzonspor. It would take a significant amount of defensive solidarity from Fenerbahce to stop the opposition from scoring and this is something that they have not shown of late.

Fenerbahce head into the match with the possibility of catching Istanbul Basaksehir by the end of the weekend. Fenerbahce are only three points behind the third-place coming into the game. Fenerbahçe do not have many major injury problems coming into the game, but they need to make the most of the situation to avoid slipping out of the top four.

Adana Demirspor manager Montella has been getting outstanding results from the club so much so that they are now knocking on the doors of a top four finish. Even in the last 10 matches, there has been only a handful of setbacks for the team. Adana Demirspor will only be without Khadim Rassoul and Balotelli due to injury, while Simon Deli is suspended.

Analysing the Stats for Fenerbahce vs Adana Demirspor 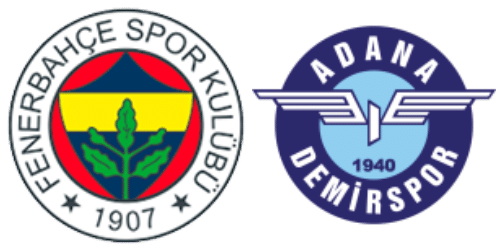