The first match scheduled for Sunday in Spanish Segunda is a duel between two teams that weren’t in this league last season – FC Andorra and Granada. Here’s our preview of this game, along with free betting predictions

Our best betting tips and picks for FC Andorra vs Granada

If you are not sure what is the right bet for FC Andorra vs Granada, check our top betting picks for this game right here:

While Granada played in La Liga last season, FC Andorra played in the third rank of Spanish football and we feel that this alone properly depicts the difference in quality between these two teams.

On top of that, Granada is the only team with all three wins in Segunda so far, while FC Andorra has one win and two losses. All things considered, we like Granada in this game and we really like the odds on them winning the match.

These two teams did not meet in recent years, so we don’t have any h2h data to use for our next predictions. Despite that, we can see this game going under 2.5 total goals.

After all, both FC Andorra and Granada have gone under 2.5 total goals in two of their three games in La Liga 2 this season, so we can see that being the case on Sunday as well.

Both teams have scored in just one of the three FC Andorra matches in the league so far, while Granada has yet to concede for the first time in La Liga 2 at the start of the new season.

So, since we expect Granada to win and we don’t expect many goals, we don’t see FC Andorra scoring in this game. But just to be on the safe side and minimize risk, we suggest betting on either of the two teams failing to score in the game.

The newly-promoted team won their first game of the season in La Liga 2, but then they lost the next to matches and they seem to be struggling to find their footing at the higher rank. Of course, it’s way too early for any conclusions, but FC Andorra might be in line for a tough season. On the bright side, they have no injuries to worry about at the moment.

After somewhat shocking relegation from La Liga last season, Granada seems determined to get right back to the top flight of Spanish football, especially after they started the season in Segunda with three wins. Meanwhile, Raúl Torrente and Carols Neva are injured at the moment and out of the next game.

The top odds and stats for FC Andorra vs Granada

If you are looking for the best FC Andorra vs Granada odds, you can find them all right here, on our website:

The most common questions for FC Andorra vs Granada 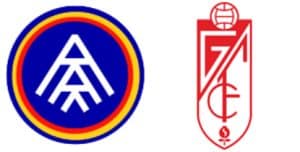