Fenerbahce travel to the Atatürk Olimpiyat Stadı in the hope of maintaining their 100% record against Fatih Karagumruk, who are only three points behind in the table.

Fatih Karagumruk were able to pick up a narrow 1-0 success over Göztepe to move within three points off Fenerbahce in the league table. The struggles in the league continued for Fenerbahce, who were held to a 2-2 draw by Besiktas in the recent Super Lig encounter.

After back-to-back defeats, the win over Göztepe comes as a major relief for Fatih Karagumruk. However, they are likely to struggle against the quality of Fenerbahce, who have picked up back-to-back league victories against this opponent. However, the recent form of the visitors has not been great. Throughout the campaign, Fenerbahce have been able to enjoy just a 50% win ratio.

Fenerbahce might be on the cusp of getting into the top five places of the league table, but they are one of the worst teams in the league with 22 goals conceded in 17 games. Fatih Karagumruk are not far behind in this regard with 25 goals conceded. To put things into perspective, table leaders Trabzonspor have conceded only 13 goals so far this season. This has led to a high incidence of over 2.5 goals in matches involving both Fenerbahce and Fatih Karagumruk.

Fatih Karagumruk and Fenerbahce have played out two matches in the 20-21 campaign with both games providing goals at both ends. The trend may continue very well considering that teams have been very poor at the back while being reasonably decent going forward.

Fatih Karagumruk have been able to quickly recover in the league following back-to-back losses. The team are now up to 10th place in the table and they can make a significant move in the right direction in the two quickfire games in December. Fatih Karagumruk will be without Kerim Frei and Aleksandar Pesic due to injuries.

Fenerbahce continue to slip up on a frequent basis with the team unable to hold on to the European spots. There has been a sharp decline in their ability to turn draws into victories. The club will continue to remain without key players like Ferdi Kadioglu for this match due to injuries.

Analysing the Stats for Fatih Karagumruk vs Fenerbahce 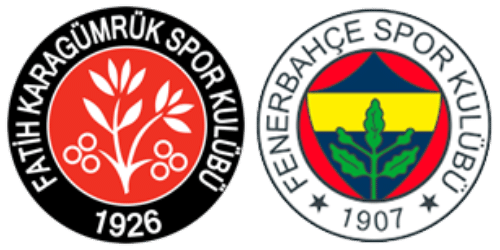 Who is the favourite team to win the game? Fatih Karagumruk