Famalicao and Tondela meet at the Estádio Municipal in the Primeira Liga on Saturday. Two of the league’s bottom six clubs face off this weekend. Read our predictions and find the latest odds for the fixture below in our expert match preview.

Famalicao are targeting their third straight victory in the Primeira Liga when they host Tondela on Saturday. Read our top three expert predictions for this weekend’s fixture below.

Famalicao recorded back-to-back wins for the first time this season in the Primeira Liga when they followed up their 5-0 triumph over Moreirense with a 1-0 victory at Marítimo, and with momentum to draw from, they could complete a hattrick of successes on Saturday. Tondela have lost four of their last five league tests and their confidence should be brittle as a result. With that considered, we recommend siding with the hosts this weekend.

Tondela managed to notch just one goal in their three league fixtures combined and their lack of sparkle in the final third should render them relatively toothless again on Saturday. Famalicao have scored just 11 goals at home this term however, five of which were hit in their last home game, so don’t expect the hosts to run riot. Three of their last four tussles at the Estádio Municipal produced under 2.5 goals and we’re tipping this weekend’s skirmish to follow suit.

Tondela are on the slide and alongside losing four of their last five matches, the Auriverdes have gone behind in five of their last six fixtures in the league. Pako Ayestarán’s side are frustratingly prone to the early jitters and in-form Famalicao could take advantage of their visitor’s plight with a fast start on Saturday. The factors suggest that backing the home team to score first could be a smart ploy.

Spirits should be high at Famalicao following their back-to-back wins over Moreirense and Marítimo, especially when you consider that the victories fired the Vila Nova from second last position up to 13th place in the table. Head Coach Rui Pedro Silva will know there is still work to be done however, so expect to see a fully focused Famalicao again this weekend.

Tondela have slipped into the bottom three following a rotten run of form and their 1-0 reverse at home to Sporting Braga last time out was their fourth setback in five Primeira Liga fixtures. Tondela haven’t been conceding many, though the goals at the other end have started to dry up. Leading scorers João Pedro and Juan Boselli have notched just two goals between them in their last 12 appearances combined.

Top Betting Odds and Stats for Famalicao vs Tondela Neither club is in with a shout of launching a title bid in Portugal this season.

Saturday’s game will be played at the Estádio Municipal 22 de Junho. 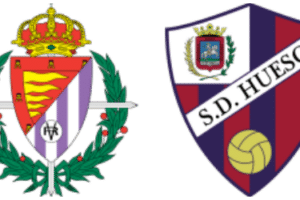