One of the early kickoffs on Sunday in the Portuguese Primeira Liga would be the game between Famalicao and Moreirense at the Estádio Municipal 22 de Junho. This is a betting preview of the match.

Famalicao suffered an anticipated defeat at the hands of Sporting CP in the recent league game, as the 2-0 loss kept Famalicao in the bottom three. Moreirense managed a crucial 4-1 win over relegation rival Belenenses to move one point clear of the bottom three. Yan, Pablo, Andre Luis, and Derik Lacerda were the scorers for Moreirense.

Famalicao have managed a paltry one goal in the last four league outings and this was an injury time effort against a Porto team. Moreirense might have scored four in the weekend, but they played against 10 men for most of this match. In away matches, Moreirense have picked up just one victory in 11 league outings this season. This hard to see the visitors getting anything more than a point, which is a possibility considering Famalicao’s lack of offensive threat.

Famalicao have failed to score three times in the last four league games. Meanwhile, Moreirense have not scored in two out of the last three games. Even though Moreirense have scored in both trips to the Estádio Municipal 22 de Junho, one of the two teams are likely to not get any goals.

A string of winless matches has once again put the pressure back on Famalicao. Apart from a narrow win over the Belenenses, there has not been any joy for the team, who are missing Charles Pickel due to suspension. There will also be the absence of Diogo Figueiras and Heriberto Tavares to consider. It is likely that Pickel may be replaced by Gustavo Assuncao, while Joao Carlos Teixeira could start after his strong performance in the last match.

Moreirense remain on the verge of escaping relegation trouble and the big win over Belenenses becomes a huge factor. Moreirense how quietly kept the points table on the move. A crucial positive for the team ahead of this game would be the lack of injury or suspension problems for the team.

Detailed Analysis of the Stats for Famalicao vs Moreirense

These some of the best stats for the match along with the right tools to make you choose the best odds.

FAQs on Famalicao vs Moreirense game 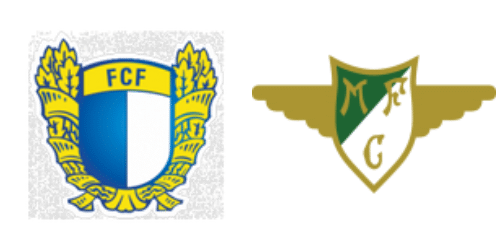