Exeter City keenly look forward to their first League One home game in more than a decade when they host Port Vale at the St James Park. This will be a preview of the weekend’s League One fixture.

Exeter City were held to a 1-1 draw by Lincoln City in the first game of the season. Port Vale, meanwhile, were able to come back from behind to pick up a 2-1 success over Fleetwood Town. The two quick goals from Smith and Hall were crucial in this success.

Port Vale were overrun on a few occasions by Fleetwood Town in the first game of the season, but they were able to provide an impressive performance nonetheless. The recent meetings between Exeter and Port Vale have largely gone in favour of the latter, who have picked up four wins in the last five meetings.

The chances available at both ends in the opening match involving Port Vale suggest that the upcoming game will also produce a lot of goals. Even though recent meetings between these two clubs have not been very under 2.5 goals in the past four meetings, the upcoming game could be very different.

Exeter have had a difficult run against Port Vale with the team failing to score in four consecutive meetings. However, Matt Taylor’s team are likely to approach this game with an open mind and they have home advantage to assist them further.

Exeter City were able to achieve promotion largely on the back of their impressive home form. St James Park may once again be the crucial location for the club to try and stay up in the division. Manager Matt Taylor comes into the game after having registered only two wins from the eight matches against Port Vale. The course will also be without Alex Hartridge due to any injury while Kyle Taylor has a fracture.

Even though the summer business has not been great for Port Vale, the positive start to the season is likely to help them pick up as many points in the opening few weeks. This will be quite crucial if Darrell Clarke’s men are to stay up. For Clarke, there are no injury problems coming into the game and he has suffered just one defeat against Exeter City. 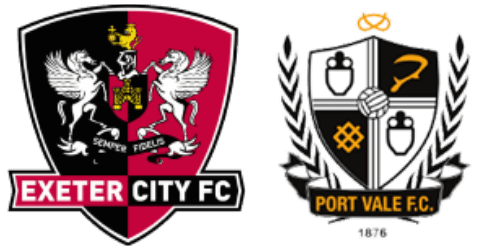 Where is the match going to take place? St James Park

Who is the favourite team to win the game? Exeter City