Energie Cottbus have an incredibly tough task to try and get past the first round of the DFB Pokal, as they go up against Werder Bremen in the first match. The game will take place at the Stadion der Freundschaft.

Werder Bremen to win both halves

Werder Bremen have substantial strength compared to Energie Cottbus on so many fronts. The team have been producing some big victories even in the preseason games. Werder Bremen are likely to come up with a sizeable performance in this first game of the season. There will be a victory for Bremen in both halves.

There is a huge gulf in quality between the two outfits and Werder Bremen are likely to get a substantial advantage in front of the goal. Based on the recent performance in the friendly matches, Werder Bremen should be able to take most chances that come their way and this match is likely to witness over 3.5 goals quite comfortably.

The volume of goals in this game should be substantial going by the recent trend of games involving Werder Bremen. Especially in the early rounds of the DFB Pokal, there will be a lot of goals and Bremen have not been exactly solid at the back.

Energie Cottbus have a string of reasons to be worried about the upcoming fixture with the team having been unable to get past the first round of the DFB Pokal since the 2013-14 season. Coach Claus-Dieter Wollitz also has a lot of injury worries with Niclas Erlbeck, Elias Bethke, and Joshua Putze unavailable for selection.

Werder Bremen come into the fixture can to get a good performance after the disappointment of last season when the team were knocked out in the first round by VfL Osnabrück. In the past, Bremen have been doing very well in the DFB Pokal. Jean Manuel Mbom, Benjamin Goller, and Dikeni Salifou are out because of injuries.

Recent Form, H2H Stats and Other Numbers for Energie Cottbus vs Werder Bremen 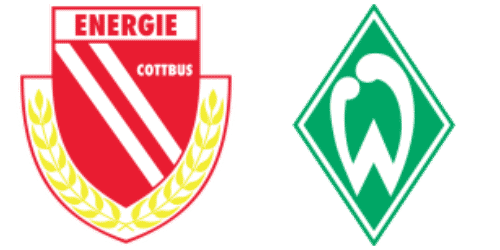 Where is the match going to take place? Stadion der Freundschaft

Who is the favourite team to win the game? Werder Bremen