Eintracht Braunschweig will be hopeful that their stay in the 2.Bundesliga is slightly longer this time around and they start the new season with a home game against Hamburg. Eintracht-Stadion will be the location for this league encounter.

Eintracht Braunschweig were able to enjoy a decent pre-season with wins over the likes of Union Berlin coming up of late. Hamburg still have many issues to sort as they aim to achieve promotion back to the Bundesliga this season.

Hamburg have been one of the top teams in the 2. Bundesliga over the last few years but they have lacked the final cutting edge to get promoted back to the top division. Even though Eintracht Braunschweig will be buzzing around after the promotion back to the second tier, they are significantly down on quality compared to the visitors.

Hamburg have shown in the last few seasons in the second division that they are very potent in front of goal. Even during pre-season, Eintracht Braunschweig had a muted affair in front of goal and they are likely to be down on goals compared to the visitors. Still, the threat of Hamburg coming up with a big score is quite high.

There were plenty of moments during pre-season when Hamburg struggled for clean sheets. The struggles are once again expected to continue against a newly promoted outfit, who are crucial playing at home in the first game of the season.

Eintracht Braunschweig come into the campaign as one of the favourites to get relegated straight away. In the previous attempt, they were unable to survive in the division in the first attempt. This time around, coach Michael Schiele has been backed with the signing of talented youngsters like Ron-Thorben Hoffmann and Luc Ihorst.

Hamburg have finished no less than fourth in the previous four seasons. However, they have found it hard to get promoted back to the top division through the play-offs. The target for coach Tim Walter will be to aim for automatic promotion. The club has splashed decent amount of money on Mario Vuskovic, László Bénes, Miro Muheim, and Ransford-Yeboah Königsdörffer.

Detailed Stats and Numbers for Eintracht Braunschweig vs Hamburg 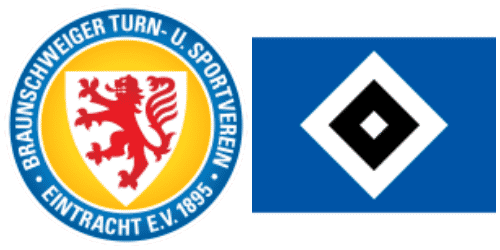 Where is the match going to take place? Eintracht-Stadion

Who is the favourite team to win the game? Hamburg