Eibar look to remain top of the table when they go up against Real Zaragoza at the Ipurua this weekend. Eibar have a slender one-point advantage at the top.

Eibar are back to winning ways after a 3-1 success over Malaga. Brandon Thomas might have provided an early setback for Eibar, but two red cards for Malaga in the second half allowed Eibar to come back into the game through goals from Jose Corpas and Fran Sol (2). Real Zaragoza were involved in a fourth draw in the last five matches after a blank with Burgos.

There have been four stalemates for Real Zaragoza in the last five matches. After having suffered a 3-0 loss against Cartagena, Real Zaragoza have since been able to go through a string of draws. Eibar were undoubtedly helped by the two red cards against Malaga. The team is not yet functioning at their very best. However, maintaining the slender advantage at the top will be a huge motivation for the hosts.

Real Zaragoza have not scored over 1.5 goals in four consecutive matches. The visiting team not contributing to a lot of goals is likely to be a big threat against offensive outfits. Eibar have witnessed under 2.5 goals in three out of the last five matches.

Even though Real Zaragoza witnessed a draw against Burgos, they have been undeniably one of the strong teams going forward over the last few weeks. Eibar have been defensively poor with plenty of goals shipped of late.

Eibar have managed to make life extremely difficult with regards to winning the league title and getting back to the La Liga. A return of just one victory over the last four matches has seen the club maintain a one-point advantage over Almeria. Eibar will be at home in back-to-back games. 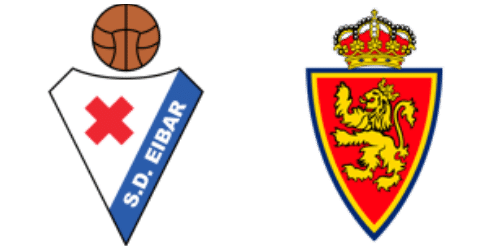