Eibar are hoping to beat Huesca in a competitive game for the first time since 2009 when they get ready to host this Segunda Division match at the Ipurua.

Eibar were able to go top of the table with a 2-0 win over Almeria thanks to goals from Edu Expósito and Quique González in either half of the match. Huesca’s poor form extended with a third defeat in five matches after losing 2-1 to Ponferradina at home. After having cancelled out Dani Ojeda’s early goal with a late effort from Pablo Martinez, Huesca conceded again in injury time to lose the match.

Huesca are going through a difficult run where they have been unable to pick up positive results. The three losses in the recent five matches make Huesca devoid of confidence, while Eibar are high after picking up three wins in the last four league matches. Eibar also have the responsibility of staying top of the table and home games are an excellent solution with the team managing eight wins from the 11 home matches so far.

The home games of Eibar have been rich with a lot of goals. Eibar have scored 22 and conceded 13 in the 11 home matches. Huesca do not appear great going forward and it is reflected by a meagre return of goals in recent weeks. The numbers are only helped by the big win over Cartagena.

After going without a goal in three consecutive games, Huesca have now scored in back-to-back games but it is still very hard to back the 15th placed team to get goals. Eibar, though, have kept no clean sheets in the last four matches at the Ipurua.

Eibar are well on course to maintaining the top spot in the Segunda Division thanks to an impeccable home record with only Malaga taking points off Eibar in home games since the middle of September. Gaizka Garitano has seen his team on a confident run and they are likely to benefit from a lack of injuries in the squad apart from Franchu.

Huesca have ended up slipping to lowest point of the campaign following the loss to Ponferradina. Xisco Muñoz has seen his team make too many defensive mistakes, while the threat up front has also not been great either.

Analysing the Stats for Eibar vs Huesca

FAQs on Eibar vs Huesca game 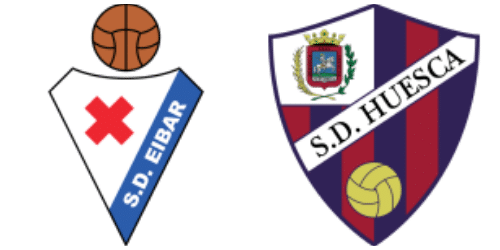