Eibar are looking to continue the good momentum when they get ready to host Burgos at the Ipurua this weekend. The top tips for this match will be provided by this preview.

Eibar produced yet another solid performance to beat Girona 1-0 away from home. Stoichkov came up with the only goal of the game just before the break. Etxeita was sent off just before the final whistle. Burgos lost 1-0 at home, as Real Oviedo managed a win courtesy of Borja Baston’s penalty.

Eibar have had a fantastic run in this fixture with no home defeats against Burgos in any meeting. Apart from dropping points against Fuenlabrada in the last home game, Eibar have not put a foot wrong as they try to keep the top spot away from Almeria. Burgos brought an end to a four-game losing streak on the road with the win over Las Palmas, but their performances are far from sufficient to overcome this Eibar team.

Burgos might have scored two goals in the last away game, but this Eibar team does not give too many chances to the opposition. In the last five league games, Eibar have kept four clean sheets and they are a very difficult team to breach – especially at the Ipurua. Eibar could capitalise on Burgos’ weak defending to score a lot of goals.

Burgos have come up with nine goals in the last five league encounters. Eibar are on a sequence of three consecutive clean sheets, but it has proved to be difficult for Gaizka Garitano’s men to have a strong clean sheet record at home.

Eibar are once again facing threat for the top spot from Almeria, who have rediscovered their form. As a result, Gaizka Garitano cannot expect a walk to the title. Furthermore, Eibar are having to deal with the unavailability of a couple of players due to injuries and suspensions. Xabi Etxeita is out with suspension, while Edu Expósito and Franchu are injured.

Burgos remain in the mid-table spots owing to the team being rather inconsistent with the results. The troubles are especially felt in away matches where Julián Calero has been unable to stop the team from going through a string of defeats. Raúl Navarro has picked up an injury and he will be unavailable for this game.

Detailed Analysis of the Stats for Eibar vs Burgos

FAQs on Eibar vs Burgos game 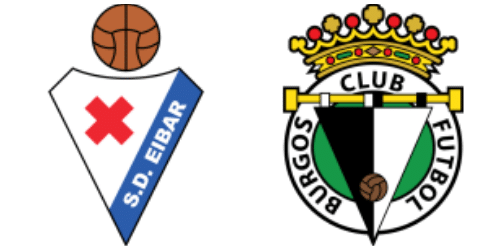