Dynamo Kiev and Fenerbahce go into the final Europa League group match with a lot at stake. These are likely to play out a tough match at the Stadion Cracovii im. Józefa Piłsudskiego.

Dynamo Kiev are at the bottom of group B after the recent 3-3 draw with AEK Larnaca. This was followed by a win over and domestic opponent during the weekend. Fenerbahce had to settle for a 3-3 draw with Rennes while the weekend’s league match saw them pick up a tremendous 5-2 success over Istanbulspor.

Fenerbahce to get the three points

Fenerbahce are most likely to profit from the recent struggles of Dynamo Kiev, who are certainly not out of the woods despite picking up a victory in the domestic game. Fenerbahce have been scoring for fun in many of the recent matches and Dynamo Kiev will be restricted to most of the hard work. Dynamo Kiev have been at the bottom of the group for a while and they have only managed one point so far.

There have been over 2.5 goals in five out of the last six games for Fenerbahce. They are up against a Dynamo Kiev outfit who are defensively struggling a lot with the lack of clean sheets in recent weeks. As a result, four out of the recent six matches for Dynamo Kyiv has produced more than 2.5 goals.

Even though Fenerbahce have been on a splendid run, they are missing a lot of players coming into the game. As a result, their recent defensive performances have not been great. The same goes for Dynamo Kiev as well.

Dynamo Kiev are also to finish bottom of the group irrespective of the result in the upcoming match. Hence, the team may end up making sizeable changes to the starting line-up to focus on the domestic matches, as they will not have all forms of European football in the second half of the season. Vladyslav Supryaha, Mykola Shaparenko, Denys Boyko, Heorhii Bushchan, and Vladyslav Dubinchak are out because of injuries.

Fenerbahce have a lot of players ineligible to take part in the game. There are also injury concerns for the visiting team ahead of the game. Luan Peres, Gustavo Henrique, Mert Hakan Yandas, and Diego Rossi are unavailable because of injuries.

Top Stats, Odds, and Other Numbers for Dynamo Kiev vs Fenerbahce 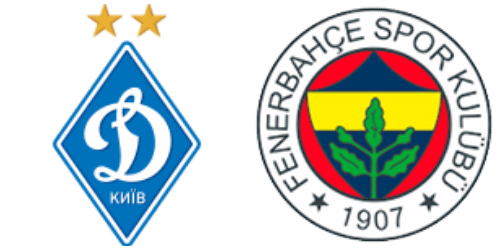 Where is the match going to take place? Stadion Cracovii im. Józefa Piłsudskiego