Drogheda United and St Patrick’s Athletic meet at Head in the Game Park on Friday evening. Pats are aiming to bounce back from a heavy defeat when they travel to Louth in the Premier Division. Read our free predictions and find the latest odds for the fixture below in our detailed match preview.

Drogheda have lost just one of their last five home assignments ahead of their clash with St Patrick’s Athletic on Friday. Read our top three predictions for this week’s fixture below.

St. Patrick’s Athletic received a major body blow to their confidence when they were dismantled 4-0 at home by Derry City last time out and with their resolve softened, they could drop more points on Friday. Drogheda have lost just one of their last five home matches and they held Pats to a 1-1 in Dublin back in early April. The factors at play here indicated that Drogs could be worth backing in the double chance market this week.

Both teams got in on the act when Drogheda and St. Patrick’s Athletic last met on April 1st and we’re tipping both clubs to impact the scoresheet again in Friday’s rematch. BTTS has been a winning bet in six of Drogs’ last seven Premier Division tests and their open style of play should ensure that supporters are treated to drama at both ends again when Pats land in Louth on Friday.

Pats were given a real wobble in their 4-0 rout at the hands of early pace-setters Derry last week and Drogheda will be determined to take advantage of any fragility in their visitor’s ranks. A fast start would help Drogs to set knees knocking this week and when you consider that Athletic have shipped the first goal in four of their last five away fixtures, a stake on United to break the deadlock makes sense at the prices on offer.

Adam Foley and Darragh Markey are both out injured for Drogheda with muscle complaints, however, in better news, midfielder Evan Weir is available again following his one-match suspension. Drogs were beaten in recent back-to-back fixtures on the road, though they are a meaner prospect at Head in the Game Park where they have tasted defeat just once in five contests.

Adam Murphy and Jamie Lennon are both in the treatment room for Pats, as is defender Patrick Barrett, though the latter could return in time to feature on Friday. Pats have dropped points in five of their last seven Premier Division fixtures, much to the ire of new boss Tim Clancy who was determined to mastermind a positive start to his tenure.

Make sure to check out our rundown of the top stats for Friday’s game alongside a tool to help you choose the best odds. 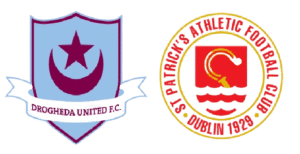 Drogheda United and St. Patrick’s Athletic drew 1-1 when they last met in Dublin on April 1st.

Who is Drogheda United’s leading scorer this season?

Ryan Brennan, Chris Lyons and Dean Williams are all tied on three goals each for Drogheda in the Premier Division’s early exchanges.