Doncaster come into the game with an urgent need of three points to reverse a string of losses in the league. They go up against Crawley Town at the Eco-Power Stadium this weekend.

Doncaster ended up losing three consecutive matches on the bounce, as they lost at home to Swindon. In the midweek EFL Trophy action, however, Doncaster beat Lincoln 2-1 to provide some level of resurgence. Crawley have lost back-to-back games following the 3-2 loss against Wimbledon in the EFL Trophy and this comes just days after the last two Crewe in the league.

Doncaster to win the match

Doncaster Rovers went through an excellent run of form not too long ago, but the three consecutive league defeats has put a huge dampener on the team’s form and league positions. Crawley, though, have picked up only one victory all season long and they are sitting in the 20th spot of the league table.

Crawley have been able to get only eight goals from the first nine league matches of the season. They go against Doncaster after having suffered heavy losses against this opponent in the past including the 5-0 loss back in 2015. This time around, Doncaster are also not in a spectacular run and they should be quite happy with a narrow win.

Crawley have had a difficult run in away matches with the team failing to score in three out of the last five league matches on the road. Doncaster have come up with a grand total of just one clean sheet in the league since August but they should be able to improve on this record courtesy of Crawley’s struggles.

Doncaster have picked up just one victory against Crawley in the last six meetings. After suffering back-to-back losses at home, Doncaster will be looking to hit three points at home. Yet, the club have drawn a string of games against the opponent. Doncaster have one major advantage coming into the game with Tommy Rowe and Jon Taylor being the only injury problems for the club.

Crawley Town head into the game with no victories in away matches so far this season. Manager Kevin Betsy finds the club struggling near the bottom four places and the going is only expected to get tough for the club, who are without Ellery Balcombe because of injuries and Mazeed Ogungbo is suspended for the game.

Stats, H2H, and Numbers for Doncaster vs Cambridge

FAQs on Doncaster vs Crawley game 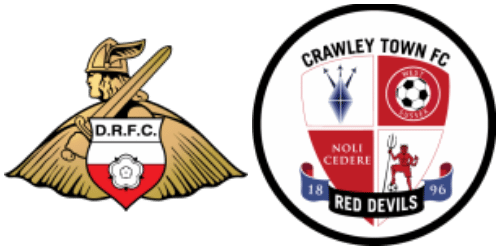 Who is the favourite team to win the game? Doncaster