Doncaster will be dreading another home defeat when they take on Accrington at the Eco-Power Stadium.

Doncaster’s struggles at home continued with a 3-1 defeat at the hands of Sheffield Wednesday. Despite opening the scoring just before half-time through a penalty from Danny Gardner, Doncaster crumbled in the last 20 minutes. Despite a decent performance, Accrington ended up losing 2-0 to Cambridge.

Accrington have not picked up an away victory since November, but manager John Coleman comes into the game with a great record against Doncaster. The 59-year-old has lost just one of his 10 games against Doncaster. Meanwhile, Accrington have produced some decent performances in recent weeks and this was applicable even in the game against Cambridge.

Even though Accrington have not scored in three of the last four matches on the road, Doncaster’s home form will provide a lot of comfort. Doncaster have suffered some heavy defeats at home like the 5-0 defeat against Rotherham and the latest 3-1 defeat against Sheffield Wednesday. The team tends to do quite poorly at the back when games are the Eco-Power Stadium.

Accrington have largely restricted to scoring at home. In away matches, the team has been rarely able to get goals for the last few months. The goals against Lincoln and Ipswich have been the rare exceptions, but Doncaster’s form will provide a consolation. At the same time, Doncaster have not been troubling opposition defences too much.

Detailed Analysis of the Stats for Doncaster vs Accrington

FAQs on Doncaster vs Accrington game 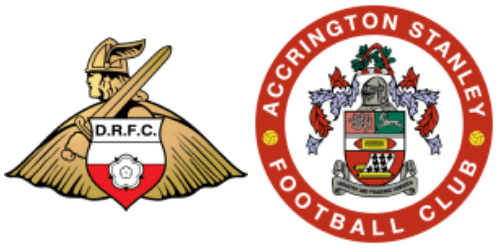 Who is the favourite team to win the game? Accrington