The first-ever meeting between Derby County and Oxford United is all set to undergo any way at the Pride Park Stadium. This will be a preview of the League One encounter.

Following their relegation from the Championship, Derby County remain in a mess and this has been evident from the pre-season results, which ended with a 2-1 loss against Alfreton Town. Oxford United finished just outside the play-off places last season and the team are pushing to avoid another failed push for promotion for a fourth consecutive season.

Oxford United have had a difficult pre-season with the team failing to score in three consecutive friendly matches. However, they are likely to overcome this disappointment when they go up against a big struggler in the form of Derby County. It has been a tremendous 12 months for Derby County, who saw manager Wayne Rooney leave the club just before the start. Liam Rosenior has been appointed as his replacement for his first managerial job.

Derby have been a disaster even after opening the pre-season games with a decent amount of positivity. The club has witnessed a string of departures, but Derby have been able to bring in a lot of experience through players like Conor Hourihane and David McGoldrick.

Oxford might have not scored in three consecutive friendly games, but Derby County are very poor on so many fronts. The team has ended up suffering a string of defeats, which is likely to have missed their confidence levels.

Derby were in a comfortable mid-table position last season. The League One did not witness a huge deal of change in the Derby setup, which is likely to show signs of the second season syndrome after a few weeks. Manager Wade Elliot has been quite active in the transfer market by bringing players like Dan N’Lundulu on loan deals. However, Dan N’Lundulu will be unavailable for the upcoming match due to a hamstring injury.

Oxford United have stuck with Karl Robinson even if the club has gone through a string of failures with regard to getting promoted. Last season, the team once again finished a couple of points behind the play-off places. Karl Robinson comes into the fixture with the club having players like Josh Murphy in the ranks after a free transfer from Cardiff.

FAQs on Derby vs Oxford game 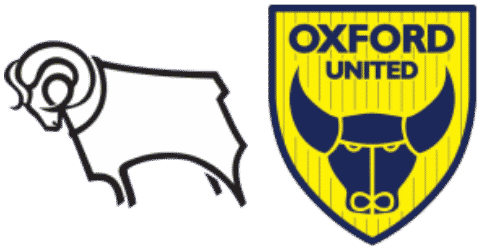 Where is the match going to take place? Pride Park Stadium

Who is the favourite team to win the game? Derby