Como’s away record continued to be poor after a 1-0 loss against Parma in the recent match. Venezia are without a victory in four outings following the 2-0 defeat against Ascoli.

Venezia will be glad to step away from home comforts for a change as the team has suffered a string of defeats at home. Their away form is substantially better with just one defeat in five outings. The managerial change which resulted in the arrival of Andrea Soncin is also likely to give further advantage for Venezia. Como, though, remain strong at home.

There have been under 2.5 goals in three out of the last five home matches for Como. Even though there have been several occasions in which Venezia have featured more than 2.5 goals, the visitors are expected to come in with a much improved performance in order to impress the new coach. This name may be very tight on several fronts and witness less than 2.5 goals.

Venezia might have struggled at home even under the former management but they have done quite well on the with goals in four out of the last five trips. Como will struggle against an opponent after only managing one clean sheet in the last five matches at the Stadio Giuseppe Sinigaglia.

Como vs Venezia: Serie B Match Preview and Team News

Como are looking to go without a defeat in four consecutive matches at home as it is fast turning out into one key factors behind the club jumping out of the relegation zone. The upcoming battle with Venezia is a big six pointer that the club will be hoping to come on the right side. Moreno Longo comes into the game with no injury or suspension problems.

Venezia finally decided to act and make the managerial change in order to try and stay in the division. Andrea Soncin has been brought in as the caretaker manager and this will be his first game after having previously been in charge of the under 19 team. The 44-year-old will be looking to impress straight away and secure the job, while he will be without Jesse Joronen because of suspension.

Top Stats and Other Numbers for Como vs Venezia

FAQs on Como vs Venezia game 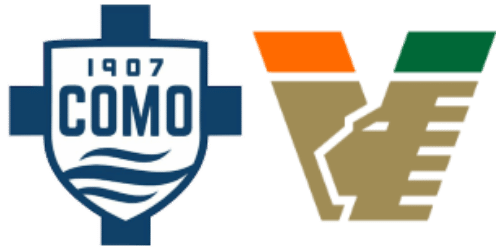 Where is the match going to take place? Stadio Giuseppe Sinigaglia