JobServe Community Stadium forms the location for the League Two meeting between Colchester and Rochdale this weekend.

Colchester are back to losing ways after the 1-0 loss suffered at the hands of Grimsby at home. This was the first defeat for the team since August. Rochdale had a surprise 1-0 win over Liverpool U21 team in the EFL Trophy. During the weekend, though, the team had lost 3-0 to Northampton.

Colchester and Rochdale are two teams who have experienced very poor run of form over the last few weeks. Between the two teams, there has been just one victory in the last six League Two games and Rochdale are not the team to have picked up a victory. In fact, Rochdale have not managed a victory in any league match so far this season even after nine match days. The last two games between the two clubs finished as a draw.

This match may not be a great spectacle for those looking for goals managing less than a goal per game so far in the nine league matches. Even though they have been conceding far greater, they may not be able to pick the clinical finishers required to pick up three points.

Both teams to come up with goals

Despite the two teams failing to show a lot of form in recent weeks, they have been able to create some kind of a threat in the offensive areas. Both have scored less than a goal per game, but there have been goals at both ends in the last five meetings between the two clubs.

Colchester head into the game with a very poor record against Rochdale. However, it will be very crucial for Colchester to maximise home matches against teams around them in the table in order to have any chance of survival. The club has picked up just one victory in the five home matches this season. Tommy Smith and Emyr Huws are doubtful for the game as the club go in search of a new manager.

Rochdale have a terrible away record which will provide a lot of concern for the team. There are not too many injury concerns for the club apart from the likes of Luke Charman and Tahvon Campbell being doubtful for the game.

Stats, H2H, and Numbers for Colchester vs Cambridge

FAQs on Colchester vs Rochdale game 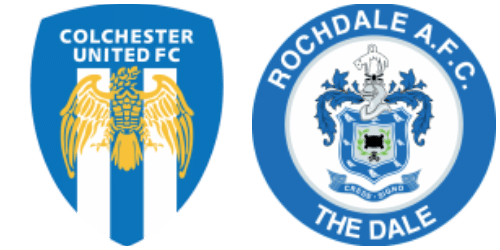 Where is the match going to take place? JobServe Community Stadium

Who is the favourite team to win the game? Colchester