Club Brugge and Antwerp face off each other in the first Championship round meeting between the two clubs. Jan Breydelstadion will be the location for this game.

Club Brugge were able to finish the regular season strongly after the 2-0 victory over Mechelen. Mats Rits opened the scoring in the first half before being witnessing a second-half goal from Skov Olsen. Antwerp dropped points in the final regular-season match after a 1-1 draw with Cercle Brugge. Balikwisha was able to score just after half-time while a second-half goal from Denkey level the scores.

The last five games for Club Brugge have witnessed more than 2.5 goals on four occasions. Antwerp will provide a lot of resistance for Club Brugge’s winning run. After having scored in eight consecutive games, Antwerp should be able to get a goal or two and make this game as a high-scoring fixture.

Despite a long winning run, Club Brugge have managed just one clean sheet in the recent four matches. This clean sheet came against Mechelen in the final regular-season game when the opposition did not have a lot of motivation.

Club Brugge are strong favourites to become champions this season and the team will be looking to get the Championship round in a positive fashion. After having the foundations for the same with five consecutive victories in the league, Club Brugge Arsenal and so many fronts. In recent weeks, the goals from Mats Rits have also been a positive.

Antwerp were unable to sustain a great deal of momentum towards the end of the regular season. They also do not have a great record at the Jan Breydelstadion with just two wins in the last six visits. Viktor Fischer, Björn Engels, and Sander Coopman are unavailable due to injuries.

Detailed Analysis of the Stats for Club Brugge vs Antwerp 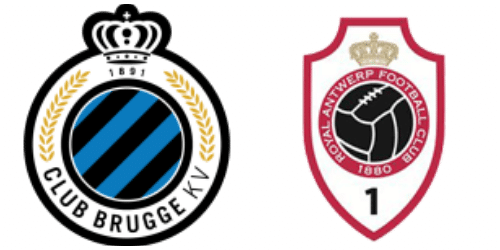