Cheltenham and Bolton clash at the Jonny-Rocks Stadium in League One on Saturday. Cheltenham are targeting more success at home when they entertain Wanderers. Read our free predictions and find the latest odds for the fixture below in our detailed match preview.

Cheltenham have taken 13 points from the last 15 on offer at the Jonny-Rocks Stadium ahead of Bolton’s visit on Saturday. Read our top three predictions for this weekend’s fixture below.

Bolton pushed their unbeaten run to six games with Monday’s win over Accrington Stanley, though Wanderers head of steam could be capped at Cheltenham on Saturday. Town have won three of their last four matches at the Jonny-Rocks Stadium, while only one side has left that venue with maximum points in the last ten League One tussles hosted there. That immense record suggests Cheltenham are under-priced in the double chance market this weekend.

While we expect Cheltenham to dig a positive result out of Saturday’s skirmish, they are unlikely to keep a clean sheet against a Bolton side that are a reliable force in the final third. Wanderers have notched at least once in all but one of their last nine fixtures in League One, though it’s also worth noting that Cheltenham have scored in 90% of their last ten matches on home soil. With those runs combined, backing both teams to register again could be a savvy ploy on Saturday.

When Cheltenham and Bolton drew 2-2 back in November, Alfie May managed to bag both of Town’s efforts in Greater Manchester. The 28-year-old has scored an impressive 21 times overall in League One this season and May should be front and centre when the chances present themselves again on Saturday, making him a great option in the anytime goalscorer stakes.

Matty Blair, Ben Williams and Dan N’Lundulu have all been ruled out for Cheltenham this week, while Charlie Colkett remains a doubt. Town were beaten 3-0 at Lincoln on Monday in a somewhat surprising heavy defeat. Michael Duff’s side are a much more reliable unit on their own patch, however..

Bolton have several injury issues to contend with this week, with Ricardo Santos, Kieran Lee, Lloyd Isgrove, Marlon Fossey and Josh Sheehan among those on the sidelines. Kyle Dempsey and Andy Tutte are both rated as doubtful in midfield too. Wanderers cruised to a 3-1 win over Accrington on Monday without that clutch of absentees.

Top Betting Odds and Stats for Cheltenham vs Bolton

Make sure to view our detailed list of the top stats for Saturday’s fixture alongside a tool to help you choose the best odds. 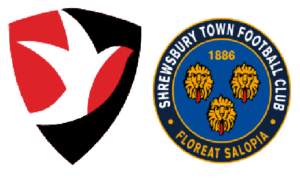 Cheltenham vs Bolton will be contested at the Jonny-Rocks Stadium.

Cheltenham and Bolton drew 2-2 when they last lacked horns on November 27th.