Cartagena go in search of a revival in form when they take on Burgos at the Estadio Municipal Cartagonova. The two teams have been struggling for consistency throughout the season and they find themselves in the bottom half of the table as a result.

Cartagena are back among the losing ways after a 2-0 defeat against Girona. This is the first defeat for the club since the home loss against Ponferradina towards the end of October. Burgos were able to overturn a sequence of three consecutive losses and pick up a narrow 1-0 success over Ponferradina in the recent Segunda Division encounter.

Cartagena might have suffered a defeat in the recent game against Girona, but the team are extremely strong when it comes to home matches. The seven home games for Cartagena has yielded five victories and it is one of the primary reasons behind the club being closer to the top half. Meanwhile, Burgos have managed one away victory so far this season and they have been very reliant on home results to keep them away from relegation trouble.

Burgos are not a great option to back when it comes to scoring in away matches. Julián Calero has seen his team get goals in away games only on two occasions so far this season. Cartagena might like the defensive concentration for a string of clean sheets, but they are definitely capable of managing one.

Cartagena are the 11th in the standings coming into this fixture. After witnessing a slide over the last few weeks, the priority for Cartagena will be to steady the ship and make sure that they do not fall further. Things are certainly not going as planned since the win over Sporting Gijon in match day 11.

The away blues for Burgos has kept the club in a relegation battle for a long time. The situation is unlikely to change based on recent form, which looks quite mediocre. On the positive side, Burgos do not have any injury problems ahead of the game.

Analysing the Stats for Cartagena vs Burgos

FAQs on Cartagena vs Burgos game 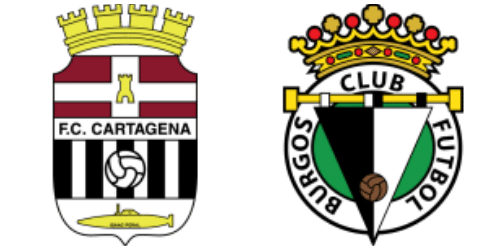