Unipol Domus is the location for the first game between Cagliari and Modena since 2016. After making a decent start of the season, Cagliari have high hopes of getting promoted from the campaign.

Cagliari suffered a first defeat of the league campaign after losing 1-0 to SPAL last weekend. Meanwhile, Modena were able to register a first victory of the season after opening the campaign with back-to-back losses.

Cagliari to get a victory

Even though the two teams have experienced contrasting fortunes in the last league outing, Cagliari have the slight edge in this game due to home advantage. Modena’s away record is very poor with the team registering a string of mediocre results on the road including the loss against Cosenza. Cagliari should be able to get a narrow victory in this match.

The two teams have not been defensively astute this season and they have witnessed over 2.5 goals on a handful of occasions already. It is very likely that both teams will end up conceding goals in the game and this should help in putting up over 2.5 goals in the match.

Cagliari coach Fabio Liverani has a string of worries up his sleeve with his team unable to put together a solid defensive over the last few games. This was especially problematic against SPAL, as Cagliari’s offensive ideas dried up. The 46-year-old comes into the game only without Alessandro Di Pardo, who will be unavailable because of a red card suspension.

Modena have a pretty poor record when it comes to away games against Cagliari with only one victory in 14 games. Modena’s overall record against this opponent might be quite decent. However, the big worry for players will be coach Attilio Tesser’s horrendous record of losing in all seven games against Cagliari. There are no injury problems for the visiting outfit.

Stats, H2H, and Numbers for Cagliari vs Modena

FAQs on Cagliari vs Modena game 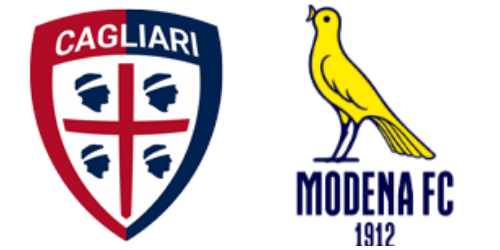 Where is the match going to take place? Unipol Domus

Who is the favourite team to win the game? Cagliari