Burton Albion are looking to bounce from a disappointing pre-season and opening game when they take on Bristol Rovers at the Pirelli Stadium this weekend. The fixture has been very conducive to Burton in the past.

Burton Albion were at the receiving end of a 3-0 hammering from Wycombe in the opening game of the campaign. A disappointing aspect for coaching Jimmy Floyd Hasselbaink would be that his team were never in the races throughout the game. Bristol also started their League One journey with a 2-1 home defeat against Forest Green Rovers.

Burton Albion were undoubtedly hurt immensely by the recent loss to Wycombe. However, the team has frequently excelled in games against Bristol in the past with three consecutive home victories going back to 2018. The loss against Forest Green Rovers has brought Bristol back to earth after their impressive promotion campaign. They are unlikely to offer much threat to Burton.

The opening match of the campaign did not witness any goals from Burton, who did have chances after falling 3-0 down in the game against Wycombe. Still, there are plenty of issues for Burton in the final third and they are likely to survive on the odd goal.

The two teams came up with a grand total of just one goal between them in the opening match of the season. It is very likely that the offensive form is likely to be kept in check by both team’s lack of confidence. At least one of the teams could end up without a goal.

Burton Albion finished in the mid-table positions last season but manager Jimmy Floyd Hasselbaink has been allowed the opportunity to stand in the team in a number of areas. The arrival of players like Victor Adeboyejo and Davis Keillor-Dunn provides much-needed new faces in the final third of the pitch.

The loss at the hands of another newly promoted outfit is a major blow for Bristol and manager Joey Barton, who have started the new campaign with hopes of staying up in the first attempt. Bristol have a disappointing record against Burton in away matches, as they have not beaten this opponent at the Pirelli Stadium. Nick Anderton is the only player unavailable for selection. 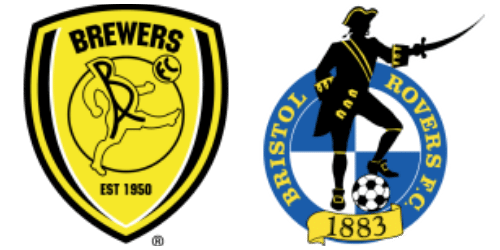 Who is the favourite team to win the game? Burton Albion