Almeria look to stay in touch with Eibar or even go top of the table when they take on Burgos at the Estadio Municipal de El Plantío this weekend.

Burgos’ decent run continued with the team managing a goalless draw with Real Zaragoza last weekend. Meanwhile, Almeria remained a point behind table leaders Eibar following a 1-0 success over Sporting Gijon. After failing to find the breakthrough for long periods in the match, Curro Sanchez scored in injury time to keep title hopes alive for the home team.

Almeria have been able to get just one substantial victory over the last weeks. The win over Ponferradina is the only saviour for club in the run. Meanwhile, Burgos have lacked the permission to go for victories over the last few weeks. The team has scored from open play only three times in the last five matches.

The problems for Burgos have largely been with regard to creating a sizeable path towards success. Even though the team has been able to get the odd victory, they have been unable to put together a consistent and this is unlikely to change against Almeria, who are gunning for the league title. The lack of goals within Almeria is a significant factor behind expecting under 2.5 goals in this match.

Burgos have been unable to score in three out of the last five matches at home. Burgos are unlikely to threaten the Almeria outfit, who have not kept a clean sheet away from home since April.

Burgos have to make up 10 points to catch up to the top six places and they are unlikely to do so with a lack of momentum. Apart from an odd victory, Burgos have been unable to make many of the matches count. This is unlikely to change in the remaining few games of the season. Burgos are also not missing too many players coming into the game.

Almeria coach Rubi has done well to keep his team within touching distance of the top. After having battled with Eibar for most of the campaign, Almeria are now in contention with Real Valladolid for the same. It is turning out to be a three-horse race but Almeria only missing Chumi, Iván Martos, and Juanjo Nieto for this match due to an injury.

Focus on Recent Form and Other Stats for Burgos vs Almeria

FAQs on Burgos vs Almeria game 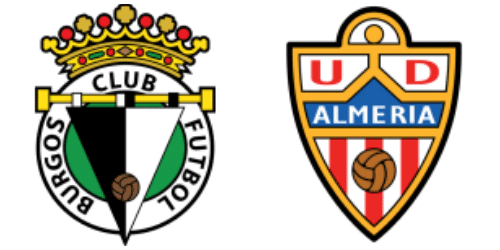 Where is the match going to take place? Estadio Municipal de El Plantio