Braga hope to achieve qualification to the Europa League round of 32 when they take on Malmo at the Estadio Municipal de Braga. The top betting tips for this match will be the subject of this preview.

Braga were able to put behind the disappointment of losing to Union Berlin in the Europa League by getting a narrow 1-0 win over Gil Vicente in the Primeira Liga. Malmo were able to end a five-game losing sequence – including the loss to Union Saint-Gilloise – by beating Varberg 5-2 away from home.

Braga to win both halves

Braga come into the game with a decent run of form after managing three wins in the last four games. There is a lot of expectation among the supporters of the Portuguese outfit that the team would be able to achieve qualification, which is hanging by the thread. Braga trail second-placed Union Berlin by two points after the recent loss and Malmo have been very poor with five consecutive defeats in away matches.

Braga are significantly better than Union Berlin in terms of goals so far in the group stages, but the Portuguese team have been let down at the back. Malmo, though, have rarely threatened to score a lot of goals this season and they have only managed in the five league outings so far. Yet, the game should witness goals.

Malmo have only been able to get two goals so far in the group stages but there is a lot of promise given the pressure experienced by Braga in the last few games. This fixture did not produce any goals from Malmo in the reverse game, but there are likely to be some in this game.

Braga will be going all out for a victory in the match. Even then, the team may not be able to bring down the deficit at the top. Union Berlin have been given the huge advantage to reach the knockout stages of the competition. Braga come into the game without Fabiano because of his suspension picking up a string of yellow cards while Sikou Niakate is unavailable because of an injury.

Malmo have struggled with injuries to the likes of Mahame Siby and Adi Nalic. The team has been unable to get going in recent weeks and a string of defeats has left them at the bottom of the group. Emmanuel Lomotey is also unavailable for Malmo because of his red card against Union Berlin.

Top Stats, Odds, and Other Numbers for Braga vs Malmo

FAQs on Braga vs Malmo game 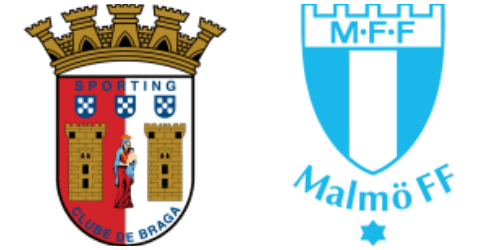