Sporting Braga take on Estoril at the Estádio Municipal de Braga this weekend. The betting tips for the game will be covered by this Portuguese league game preview.

Sporting Braga continued their impressive form at home with a 4-1 success over Vizela. The team, however, has been struggling in away games to a huge extent. Estoril were held back by a 2-2 draw against Santa Clara and this was the third consecutive occasion in which the team has dropped points at home.

Sporting Braga are a formidable team when it comes to games at Estádio Municipal de Braga. The team has picked up three wins last four games at home. They have also been very successful against Estoril after managing to beat opponent in three consecutive games. Estoril were disappointed to have not made the most of recent matches, as Estoril have been involved in three consecutive league draws.

The volume of goals scored by Sporting Braga is particularly high when the games are at Estádio Municipal de Braga. The team has struggled in matches away from home. Even in the latest game against Vizela, Braga ended up conceding over 4.5 goals.

Estoril might have not picked up a victory in the last three league matches, but they are a clever team nonetheless. They will be able to find gaps in the opposition with ease and they are likely to score goals. Braga have been unable to score at home only once since April.

Braga step into the match looking to hold off Estoril from the fourth place. The inability to pick up positive results in away matches is turning out to be a problem for Braga. The hosts will be without David Carmo, Al Musrati, Vítor Tormena, and Nuno Sequeira are unavailable.

Estoril are now just a point away from catching Sporting Braga in the fourth place. At the same time, Estoril will be wary about dropping points like they did against Santa Clara during the weekend. Lucas Áfrico is the only injury problem for Estoril and they will be without the player for the rest of the season.

Analysing the Stats for Braga vs Estoril

FAQs on Braga vs Estoril game 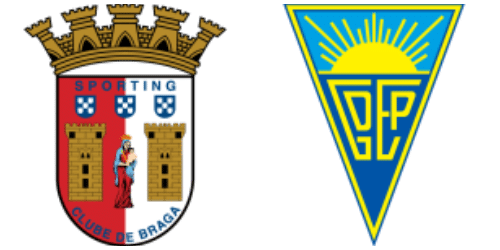