A disappointed Sporting Braga outfit welcome Belenenses to the Estádio Municipal de Braga for a league match this weekend. The defending Portuguese cup champions are fast losing their advantage over teams like Estoril and Portimonense following recent results.

The midweek Taca de Portugal game produced a disaster for Sporting Braga, who lost 5-1 to Boavista. During the weekend, the team were beaten 1-0 by Porto in a crucial league encounter. Belenenses have suffered back-to-back league defeats following the 1-0 loss against Estoril.

Sporting Braga are a very strong team when it comes to home games. The back-to-back losses have principally occurred in away games which is not a strength of the team. At home, Braga have picked up four wins and a draw in the last five games across all competitions. Belenenses are in a spot of bother even if their away form does not suggest the same. The heavy losses have put pressure on the wafer thin confidence levels of the team.

The last two games at the Estádio Municipal de Braga have produced less than 2.5 goals. However, Belenenses are so poor at the back that Braga can once again expect a goal fest. Braga have witnessed three out of the last five matches for Belenenses finish with 2.5 goals – including the 7-0 loss against Benfica.

Belenenses have not scored in the last three league outings. They are one of the poorer teams in the division and Sporting Braga would be keen on picking up a third clean sheet at home in the last four matches.

Braga vs Belenenses: Can Belenenses cause further damage to Braga?

Sporting Braga have had a poor set of results over the last few weeks. The likelihood of keeping up in the title race is effectively over with the team now 13 points behind leaders Porto and Sporting Lisbon. However, Europe hopes are still on but manager Carlos Carvalhal will be without a large contingent of players. Nuno Sequeira, Castro, Victor Oliveira, David Carmo, Galeno, and Vítor Tormena are out due to injuries.

The recent defeat in the league have pushed Belenenses back to the bottom. Just a few weeks ago, the team appeared to be on its way out of the bottom three. Belenenses are still without many key players coming into the game. Manager Filipe Cândido is sweating on the fitness of Safira, while Chico Teixeira and Rafael Camacho are definitely ruled out.

Important Primeira Liga Stats ahead of Braga vs Belenenses

FAQs on Braga vs Belenenses match 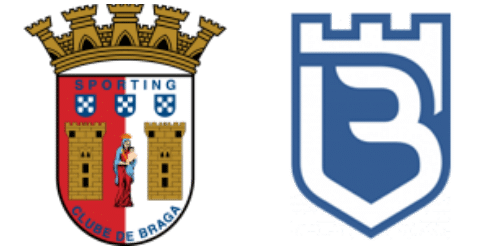