Bosnia-Herzegovina look to continue their wonderful run against Luxembourg when they take on Luc Holtz’ team at the Stadion Bilino Polje.

Bosnia-Herzegovina have lost four consecutive games coming into this match. The latest of those results was a 1-0 loss against Georgia. Luxembourg have lost back-to-back home matches with the first game of 2022 finishing as a 3-1 loss against Northern Ireland. The goal from Marvin Martins just after half-time turn out to be a consolation.

Bosnia-Herzegovina have lost four consecutive matches, but they have a tremendous record against Luxembourg after winning the last six matches without exception. The visitors are also a major struggling outfit when it comes to getting results. Apart from the win over Azerbaijan, Luxembourg have not had any success for almost a year.

Bosnia-Herzegovina have not scored in three consecutive matches, but it is likely that the home team will be back among goals thanks to the defensive frailties of Luxembourg. Luxembourg tend to concede goals in big numbers. Even if Luxembourg do not score goals, the last two matches for the team has produced six goals in total.

Luxembourg do not provide a great deal of confidence that they would be able to breach Bosnia-Herzegovina’s defence, which has gone through some tight matches against the top teams of late. Luxembourg, meanwhile, will depend heavily on the mistakes made by the opponents.

Bosnia have lost four consecutive matches that have taken the confidence out of the team at a very crucial stage. Bosnia will be taking part in the Nations League in June. Manager Ivaylo Petev will be keen on building up the team’s momentum ahead of the summer tournament and matches. Ivaylo Petev has been in charge of Bosnia-Herzegovina for just over a year.

Luxembourg manager Luc Holtz has a terrible record against Bosnia-Herzegovina after losing three consecutive matches against the nation. The 52-year-old has been in charge of Luxembourg for more than a decade, but he is approaching the end of his current contract. Luxembourg do not have any major injury problems ahead of this fixture. The availability of the full complement of players does allow tactical flexibility.

Doubts on Bosnia-Herzegovina vs Luxembourg game 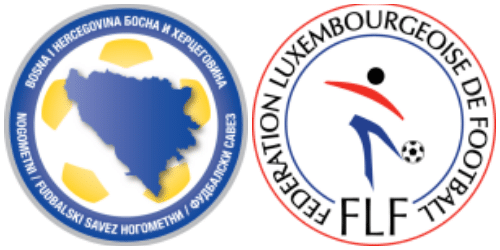 Where is the match going to take place? Stadion Bilino Polje

Who is the favourite team to win the game? Bosnia-Herzegovina