Boavista are up against Vizela at the Estádio do Bessa Século XXI looking for a victory that would pull them clear from the relegation zone.

Boavista lost for the first time in the league since the middle of December after a 2-1 loss at the hands of Santa Clara away from home. Cryzan’s penalty provided an early setback but Musa was able to level the scores shortly. A second-half goal from Tagawa gave a victory for Santa Clara. Vizela picked up back-to-back league victories after managing to beat Vitoria Guimaraes 3-2 at home.

Boavista have managed one victory 17 league games. The team has been able to resist defeats to a great extent and the regular stream of points has helped Boavista stay above the relegation zone. Even though Vizela picked up back-to-back wins, the team do not do well in away games, as they have been only able to beat strugglers like Tondela and Arouca.

There have been more than 2.5 goals in three out of the last four league games for Vizela. Even though Boavista have been witnessing a sharp decline in the volume of goals over the last few weeks, there has been a tendency for witnessing goals at both ends whenever Boavista are involved.

The last five games featuring Boavista has witnessed goals at both ends. Vizela have witnessed over 4.5 goals in the last two league games. Due to the likes of Cassiano being on good form, Vizela should be able to get goals.

Boavista might have lost only once in the recent six league matches, but the return of just one victory during this period has been a big problem for the team in terms of moving away from the drop zone. Boavista remain just one place above the relegation zone. Gustavo Sauer is under suspension, while Pedro Malheiro and Miguel Reisinho are out injured.

Vizela have taken a significant step towards safety after picking six points from the last two matches. These points have helped the team jump several places in the table and Alvaro Pacheco’s men are up to 11th place in the table after the recent burst in form. Bruno Wilson and Ivanildo Fernandes are doubtful for the game, while Koffi Kouao is under suspension.

Analysing the Stats for Boavista vs Vizela

FAQs on Boavista vs Vizela game 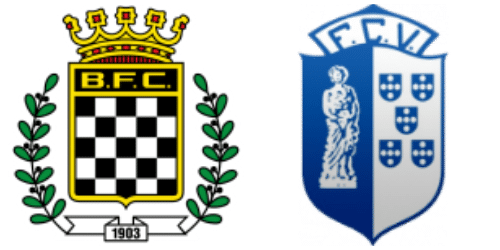