Boavista will look to target Porto who are fresh from the midweek Champions League exit when they meet each other at the Estádio do Bessa Século XXI.

Boavista continued to drop points in the league as they were held by Belenenses in a goalless draw during the weekend. Porto managed an emphatic 4-0 success over Tondela but there was disappointment in the midweek Champions League action, as the team were knocked out of the competition after a 2-1 aggregate loss to Lyon.

Porto might have had a midweek disappointment in the Champions League but the team continues to be spectacular when it comes to the Primeira Liga. Even in other matches, Porto have failed to win just two of the 13 away matches this season. Boavista have been the draw specialists in the league but they may not lack the offensive threat.

Even though Porto have been spectacularly good when it comes to picking up victories this season, the same cannot be said about the defensive line. Even during the midweek Champions League game, Porto were let down by bad defending.

Boavista have been able to do well and avoid a defeat in six consecutive league matches. However, their poor record against Porto is likely to rear its ugly head. Manager Petit has just one victory over his counterpart Sergio Conceicao in 10 attempts. Further, the home team will be without Yanis Hamache and Pedro Malheiro because of injuries.

Porto are coming under high of getting past Lyon in the Europa League. Furthermore, the desire to remain three points ahead of Sporting CP in the league table will act as the big motivation. Wilson Manafa and Fernando Andrade are the only players unavailable because of injury. Sergio Conceicao has lost just once against Boavista in his career.

Closer Analysis of the Form and Stats for Boavista vs Porto

FAQs on Boavista vs Porto game 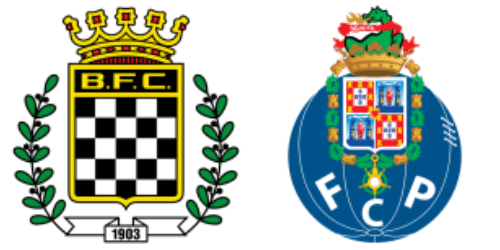