Boavista go up against Benfica at the Estádio do Bessa Século XXI hoping for a break that would push them clear of the relegation zone.

Boavista continued their winless run with a 1-1 draw with Portimonense away from home. Ricardo Matos might have provided Portimonense with an early lead, but Musa brought things level just before the break. Benfica continued with their renaissance with a 2-1 win over Santa Clara courtesy of Darwin Nunez’ brace in response to Mohebi’s early goal.

Benfica have picked up the victory at half-time and full-time in 50% of the last six Portuguese league matches. They go up against a Boavista team who are struggling against the relegation threat after having gone winless in seven games. It is also remarkable that six of the last seven matches for Boavista in the Primeira Liga have turned out to be stalemates.

The matches involving Benfica have witnessed more than 2.5 goals on three consecutive occasions. The third placed team depend heavily on goals from players like Nunez, who are in good form at this moment. Boavista have not been flowing with a lot of goals, but the visitors are likely to be the significant contributors in this game.

Both teams to score –yes

Boavista might be winless in seven matches, but they have scored in 10 consecutive matches in all competitions. Benfica have ended up conceding in five consecutive games. They have also conceded the opening goal in two of the last three league outings. The defensive problems continue to persist for Benfica.

Boavista remain gripped with relegation fear even after losing just one of the last five league matches. This is largely down to the team failing to pick up victories. One positive for Boavista would be that the team has been consistently scoring goals. Boavista come into this game without Jackson Porozo due to suspension, while Pedro Malheiro and Miguel Reisinho are unavailable due to injury.

Benfica have been able to pick up back-to-back league victories while also watching Sporting CP drop points during the last few games. Sporting CP are now just four points ahead in the table. Alejandro Grimaldo might be unavailable due to injury, while Lucas Veríssimo, Haris Seferovic, and Rodrigo Pinho are missing due to injury.

Key Primeira Liga Stats and Numbers for Boavista vs Benfica

FAQs on Boavista vs Benfica game 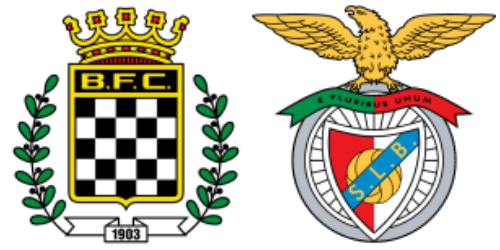