Benfica look to avoid any slipups in a potentially tricky encounter against Penafiel at the Estadio da Luz. The reigning Primeira Liga leaders almost dropped points in the opening group match.

Benfica had to work hard for the 3-2 win over Estrela in the first group match. There were two injury time goals in the game. Penafiel had a very close run 2-1 defeat against Moreirense in the recent match.

Benfica head into the encounter with a spectacular run over the last few weeks. They have picked up five consecutive victories and they have scored more than 2.5 goals in four of these matches. However, there has been just one clean sheet for the table leaders in this match. Penafiel were able to give a tough competition for Moreirense in the recent match and they should take advantage of any lackadaisical approach from the home team.

There have been over 3.5 goals in four out of the last five matches for Benfica. This is largely down to a combination of impressive performances from Benfica in the final third while not being so solid at the back. The team has not been able to go through a string of clean sheets that their dominance would suggest. This is likely to continue even in the upcoming Taca da Liga match.

Benfica have witnessed goals at both ends in four out of the last five games, as the team continues to struggle with regards to defensive solidarity. They have been making numerous mistakes at the back and opposition have been able to profit from the same.

Benfica head into the game with manager Roger Schmid looking to pick up his first Taca da Liga title success. The start to the group stages turned out to be quite exciting with the narrow victory over Estrela. Benfica will be hoping for a much more comfortable game in the upcoming match. The team will be without Fredrik Aursnes, who has been ruled out because of a muscle injury.

Penafiel come into the encounter with manager Filo struggling to get the team up to a consistent run. This will be only his second meeting against Benfica as a coach. Predictably, he has never tasted success against Benfica. Penafiel have not gone past the group stages in the last two seasons but the team do not have any injuries coming into the game.

Top Stats and Other Numbers for Benfica vs Penafiel

FAQs on Benfica vs Penafiel game 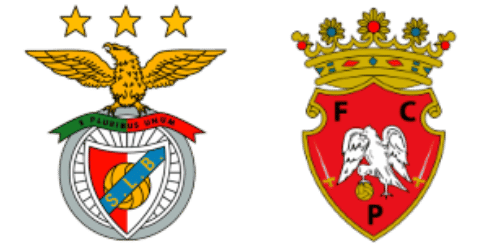