Benfica have been able to produce some spectacular results in the early part of the campaign and they go up against Pacos Ferreira looking to maintain their 100% record.

Benfica beat Boavista 3-0 to continue their 100% record at the start of the season. This was the second consecutive 3-0 victory for the team. Pacos Ferreira have lost all matches in the league after a 3-0 defeat against Estoril.

The odds presented here are always subject to change. One should check with the bookmaker before placing the bet. These od ds from Ladbrokes were correct at the time of writing. Ladbrokes are our recommended bookmaker for the big game.

Benfica to victory at half-time and full-time

The visitors are still looking to get the first goals of the campaign after having failed to score in three matches. Meanwhile, Pacos Ferreira have been unable to get even their first of the campaign. At the other end, Pacos Ferreira do have a habit of conceding a lot of goals with the team shipping seven since the opening weekend.

Pacos Ferreira have suffered a string of losses against Benfica and they were even unable to score in the recent double last season. It is very likely that Benfica’s defence might be breached with complacency becoming an even greater threat.

Benfica have come up with a string of outstanding performances so far this season. The team also comes on the back of an impressive performance in Europe. There are very few weaknesses shown by Benfica in this early part of the campaign. Lucas Veríssimo and João Victor continue to remain on the sidelines like before.

Pacos Ferreira coach César Peixoto has plenty of worries about his team coming into this game. Pacos Ferreira are winless and pointless after three games, which have all witnessed underwhelming performances from the team. Pedro Ganchas is doubtful for the game, while Adrián Butzke and Matchoi Djalo are out of action because of suspension. Nicolas Gaitan, Luiz Carlos, Jorge Silva, and Tiago Ilori are missing due to injuries. 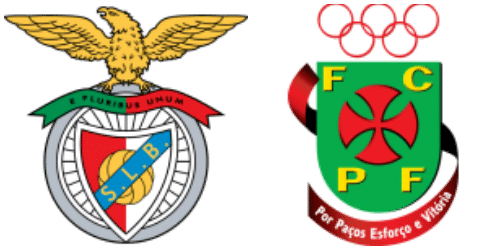 Where is the match going to take place? Estádio do Sport Lisboa e Benfica (da Luz)