Estádio do Sport Lisboa e Benfica will work the location for the upcoming Portuguese Primeira Liga game between Benfica and Arouca. This will be a preview of this fixture.

Benfica were able to get a sizeable advantage in the third round of the Champions League qualification after they beat Midtjylland 4-1 at home. Arouca are playing in their first competitive game of the campaign after having only been involved in a string of friendlies.

Benfica come on the back of an impressive victory over Midtjylland in the Champions League qualifiers. Now, the games against Arouca have largely gone in favour of Benfica, who have picked up six consecutive victories. There have also been victories at both halves in five out of the recent six games between the two clubs.

Benfica came up with a strong offensive performance against Midtjylland to send a big message to the Primeira Liga. Last season, Benfica were pretty inconsistent but this is likely to go away in the upcoming match. Arouca know that Benfica have come up with a minimum of two goals in the recent eight home matches against this opponent.

The potential for the goals is tremendous in this game with Benfica just coming on the back of scoring four against Midtjylland. However, one obvious element that was missing in the European game was the lack of a clean sheet.

After missing out on the title last season, Benfica are hopeful of overcoming Porto and Sporting Lisbon to the first league title. Benfica’s third-place finish last season is starting to affect the position in the European competitions with the team having to deal with qualifying rounds before making it to the group stages. Benfica manager Roger Schmidt only has Lucas Verissimo unavailable because of injury.

Arouca were barely able to survive in the division last season, as a victory in the final five matches helped them stay clear of the bottom three. It is unlikely that Arouca will be able to make substantial improvements and they are once again expected to compete for staying up. Armando Evangelista comes into the game without José Manuel Velázquez and Yaw Moses because of injuries.

Recent Form and H2H Stats for Benfica vs Arouca

FAQs on Benfica vs Arouca game 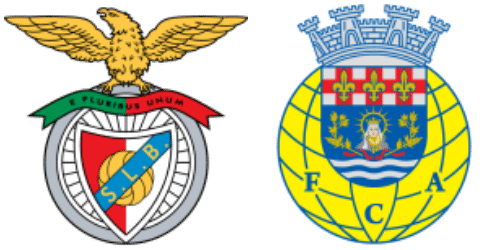