Benevento’s return to the Italian Serie B is marked by a game against Cosenza. Stadio Ciro Vigorito will host this game this weekend.

Benevento are one of the favourites to get promoted back up to the Italian Serie A. The club has had to oversee a significant number of departures over the summer as expected. Even then, they have a much better squad to take on Cosenza, who did not manage a single away victory in the Italian Serie B last season.

The volume of goals from Cosenza has dropped down when it comes to away games. Last season, the team averaged less than a goal per game when travelling away from home. Benevento might be the major source of goals in this game. Last season, Benevento had a decent home record with an average of two goals scored per game.

The lack of goals from Cosenza in away matches can help Benevento pick up the first clean sheet in the first match of the campaign. After conceding three goals against Genoa, Benevento are likely to show improvements at the back to further strengthen the case for witnessing a clean sheet.

Benevento vs Cosenza: Italian Serie B Preview and Team News

Benevento were unable to get momentum in the play-offs last season. This time around, Fabio Caserta’s team has undergone some significant additions in the transfer market. The coach has also suffered more defeats than wins against Cosenza and the upcoming home game would be an excellent way of improving on this record.

Cosenza were happy to avoid relegation last season but the team has had a significant strengthening to back manager Davide Dionigi in the hope of avoiding another disappointing season. A majority of the transfers brought into the team have been on loan, as Cosenza prepare for their fifth season in the Italian Serie B.

Italian Serie B Stats and Numbers for Benevento vs Cosenza

FAQs on Benevento vs Cosenza game 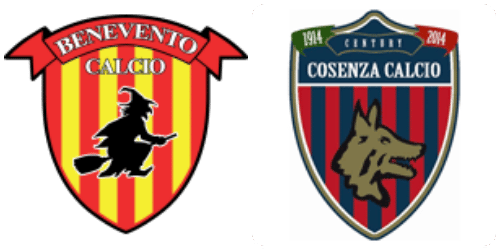 Where is the match going to take place? Stadio Ciro Vigorito

Who is the favourite team to win the game? Benevento