Belenenses are up against Vizela as the fight against relegation continues for Franclim Carvalho’s team. The match will take place at the Estadio Nacional with this preview trying to provide the best betting tips for the game.

Belenenses’ impressive unbeaten run came to an expected halt after the 3-1 defeat at the hands of Benfica. Despite taking the lead after just three minutes through Afonso Sousa, Belenenses were ultimately beaten by the third placed outfit. Vizela also lost a match during the weekend, as Sporting Braga picked up a 1-0 victory at home.

Belenenses’ return of goals over the last five matches stands at just three with one of them coming from the penalty spot. It is not a surprise that four of the last five games involving Belenenses has produced less than 2.5 goals. Vizela might have continuously scored away matches of late, but even they may not be able to transform this game’s fortunes.

Vizela failed to score in an away match back in December. Since then, they have gone on a sequence of six consecutive away matches in which they have found the back of the net at least once. Belenenses’ inability to get out of the bottom largely rests with the poor defensive run.

Belenenses have been able to improve your chances of survival in the Primeira Liga with just one defeat in the last five matches. The club has kept the points table moving along and they are now just two wins away from getting out of the bottom three. Diogo Calila is the only player missing due to a suspension.

There is a real danger of Vizela being pulled into the relegation battle. The club does not have a great buffer over the bottom three. Manager Alvaro Pacheco will be counting on his entire squad, which is available without any injury or suspension worries.

Recent Form, Analysis, and Stats for Belenenses vs Vizela

FAQs on Belenenses vs Vizela game 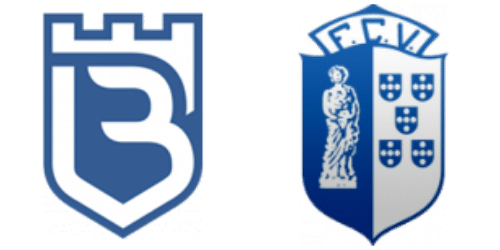