Belenenses hope to avoid a defeat against Pacos Ferreira in the 2021-22 season when the two teams met each other at the Estadio National.

Belenenses are back among losing ways after the 2-0 loss against Gil Vicente. This was the third defeat in the last four matches for better matches. Pacos Ferreira picked up a first victory of 2022 after overcoming Vizela with a 2-1 score. Bruno Wilson’s early goal was cancelled out by Nuno Santos and Matchoi Djalo. Vizela had been reduced to 9 men after red cards to Cassiano and Samu.

Pacos Ferreira to win the match

Pacos Ferreira have a good run against Belenenses with three wins in the last four meetings. After a 2-2 draw with the relegation threatened opponent earlier in the campaign, Pacos Ferreira will be targeting a victory from this match. If the visitors do pick up a victory, this will be the first time Pacos Ferreira have managed back-to-back league victories in almost 2 months. This Belenenses outfit has lost three out of the last four league matches and the streak may continue further.

Belenenses vs Pacos Ferreira: Back to losing ways for Belenenses?

Belenenses were unable to sustain the momentum given by the big win over Vitoria Guimaraes. Franclim Carvalho comes into the game without Cafu, who has picked up a thigh injury. He is likely to be replaced by Danny Henriques. Rafael Camacho, Nilton Varela, and Chico Teixeira are the players likely to be unavailable because of injuries. Pedro Nuno is doubtful for this game, but Andrija Lukovic returns from suspension.

Pacos Ferreira will be without two players who have picked up suspensions – Rui Pires and Juan Delgado. At the same time, manager César Peixoto will be without Joao Vigario, Jorge Silva, Flavio Ramos, and Jordi due to injuries. Matchoi is expected to retain his starting spot after the recent exploits.

Detailed Analysis of the Stats for Belenenses vs Pacos Ferreira 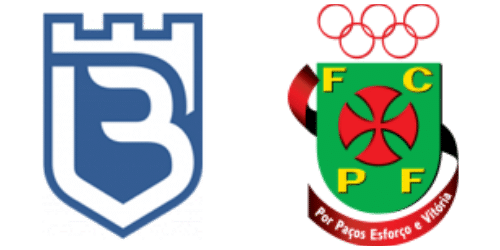