Belenenses are looking to script an incredible escape story when they go up against Sporting Braga at the Estádio Nacional this weekend.

Belenenses once again enhanced their chances of survival with a point from the 2-2 draw with Estoril. Just when it seemed that all things were lost following a 2-0 deficit after 45 minutes, Belenenses produced a spectacular second-half comeback through Alisson Safira and Sandro. Braga did a sensational job on Porto to open up the title race after a 1-0 victory. Ricardo Horta just after the break to provide this decisive victory.

Braga have been able to go through some narrow wins over the last few games. Belenenses will be a tricky customer as the team are pumped up in their efforts to avoid relegation. Braga, meanwhile, will not have a lot to offer in the league table and they are expected to get more joy in the counter attacking situations, while they also have significantly more quality than the opposition.

Braga have been a good defensive unit with four clean sheets in the last five matches in all competitions. At the same time, Braga do not get a lot of goals at the other end and this is reflected by a staggering four out of the last five matches for the team producing less than 2.5 goals.

Braga are likely to encounter stiff resistance from Belenenses, who have been able to score goals at a decent pace over the last few weeks. Belenenses have now been able to get at least a goal in four consecutive matches, but the defensive strength of Braga will come to the fore in this game.

Belenenses have made the most of whom access to pick up back-to-back victories and they are now just two points away from getting to safety. This position seemed done and dusted several weeks ago, but Belenenses are now in a position to avoid relegation.

Braga will be finishing in a comfortable spot this season and it is all about finishing the season strongly so that the next campaign can offer a lot more. Braga will be focusing on winning the remaining three league matches and getting close to Benfica.

Focus on Recent Form and Other Stats for Belenenses vs Braga

FAQs on Belenenses vs Braga game 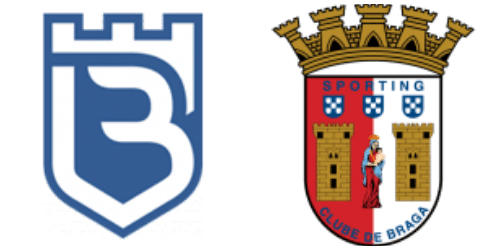