Sporting Charleroi go up against strugglers Beerschot at the Olympisch Stadion in a bid to enhance their bid for the Championship round.

Beerschot are back among the losing ways after the 2-0 defeat against Cercle Brugge. After scoring in a string of league matches, Beerschot failed to get goals in this game. Sporting Charleroi lost back-to-back league matches for the second time this season after a 3-0 loss at the hands of Union Saint-Gilloise, who played with 10 men for most of the second half.

Sporting Charleroi to win the match

Sporting Charleroi have lost back-to-back games without scoring a goal but Beerschot might provide the visitors with a great opportunity to end this disappointing run. Beerschot have lost 19 out of the 27 league matches so far this season. Even though their last home game against Sporting Charleroi produced a victory, this was one of those rare occasions.

Sporting Charleroi have ended up scoring less than a goal per game on an average in the last few weeks and this average is substantially lower due to the team failing to score in the last two league outings. Beerschot, though, are back among the struggling times.

After being completely dominated in the recent defeat by Cercle Brugge, Greg Vanderidt will be hoping for a better performance when his team goes up against Sporting Charleroi. Greg Vanderidt has the advantage of no injury problems apart from Frederic Frans, while Marius Noubissi has picked up a suspension.

Sporting Charleroi manager Edward Still continues to be affected by an injury list that has prevented a flexible approach to every match. This is reflected by the team losing back-to-back games in the Belgian league. For the upcoming game, the visitors will be without Herve Koffi and Steeven Willems, while Ali Gholizadeh is suspended for this game.

Detailed Analysis of the Stats for Beerschot vs Sporting Charleroi 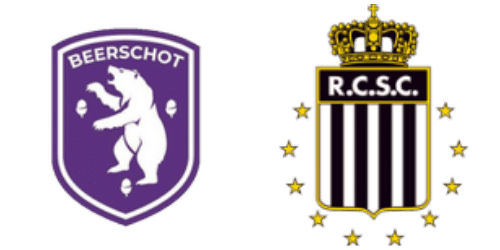 Where is the match going to take place? Olympisch Stadion