Bastia and Dijon are the opponents on Friday night with Stade Armand-Césari playing host to this match, which could be quite one-sided based on the betting odds put out by bookmakers. This will be a preview of the game with all the top betting tips.

Bastia lost three consecutive games in the league after a 5-0 demolition job by strugglers St Etienne. Meanwhile, Dijon lost for the first time this season, as Annecy picked up a victory even with nine men on the pitch.

The recent game against Annecy was a complete catastrophe for Dijon, who have generally performed well so far this season. However, the same cannot be said about Bastia, who have been a horrendous run. After three consecutive losses in which Bastia have conceded a whopping 10 goals, the situation does not look good for the team even when they are playing at home.

Dijon failed to score against Annecy even with that the opposition finishing with just 9 men towards the end of the game. However, this was the first time in three games involving Dijon that under 2.5 goals has been witnessed and such is the decent scoring prowess visitors that there will be goals in this game.

Bastia’s confidence levels are likely to be at its lowest after three consecutive losses in which the team has also shipped a lot of goals. Dijon will be waking up after conceding in four consecutive games.

Régis Brouard has overseen a disastrous start to the season and the 55-year-old faces a mountain to climb with regards to his overall record against Dijon. A return of just one victory in 10 games against Dijon is unlikely to send any confidence to players on this kind of a form. Bastia do not have injury worries or other problems coming into the game.

Dijon have surprisingly held their own when it comes to the record against Bastia away from home with no defeats in six games. Furthermore, manager Omar Daf will be quite pleased about the strong start made by the team, who have registered 11 points from the first six matches. There are no injury concerns for the visitors in this game.

Ligue 2 Stats, H2H, and Numbers for Bastia vs Dijon

FAQs on Bastia vs Dijon game 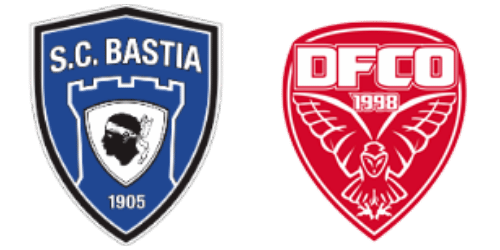