The match features an unbeaten Bari outfit going up against SPAL, who are coming on the back of a first win of the season. Stadio Comunale San Nicola is the location for this Italian Serie B meeting.

Bari and SPAL might have just picked up a first win of the season. However, both teams have been far from convincing. Bari have never been able to beat SPAL in a competitive game and home advantage provides the perfect recipe for men to do so. However, SPAL have gone through a string of tight matches and it is unlikely that they will give up on the confidence picked up from the recent win over Cagliari.

SPAL picked up a first clean sheet of the season, but it is unlikely to give them a huge deal of confidence at the back after having allowed some cheap goals already. Bari have seen goals at both ends in three consecutive games and the trend is more likely to continue.

Bari vs SPAL: Serie B Match Preview and Team News

Bari were delighted to pick up the first victory of the season against Perugia. However, the form of the team has been far from convincing and coach Michele Mignani can improve the team on several fronts if they are to claim up the table even further. Bari have largely gone unbeaten against SPAL when it comes to home games. Giacomo Ricci is missing due to action for Bari.

SPAL are coming into the game after tasting the first success of the season just like Bari. Roberto Venturato will be hoping that this result pushes the team further, as the results of SPAL have not been great so far in 2022. Patryk Peda is missing due to indirect card suspension for the visitors.

Stats, H2H, and Numbers for Bari vs SPAL

FAQs on Bari vs SPAL game 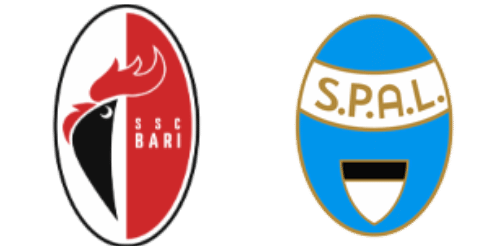 Where is the match going to take place? Stadio Comunale San Nicola

Who is the favourite team to win the game? Bari