Ayr United look to continue their good start to the Scottish League Cup action when they go up against Queen of South in the second group match. Somerset Park will be the location for this encounter.

Ayr United were only able to beat Elgin City on penalties after a goalless draw. The victory, though, has put them top of the group alongside Annan Athletic. Queen of South had a losing start to the group stages after a 3-2 defeat at the hands of Annan Atletic.

Ayr United made a winning start to the League Cup even if they had to do it the hard way on penalties. After a positive pre-season friendly in which the team was able to enjoy a string of victories, the win over Elgin City would further increase the confidence. Queen of South were undone by a late goal in the opener against Annan Atletic.

Queen of South were defensively very poor in the opening group match and the problems are likely to be amplified in an away game. Ayr United were unable to break down Elgin City in the opener but better match fitness coming into this game is likely to help them.

There have been goals at both ends from the recent match involving Queen of South. The defence of Ayr United is expected to hold very well, but they are unlikely to keep Queen of South completely out of the picture. The prospect of witnessing a goal fest is very high.

Ayr United vs Queen of the South: Match Preview and Team News

Ayr United coach Lee Bullen comes into the game looking to pick up a victory in 90 minutes after having had to work hard for the win on penalties against Elgin City in the first game. The victory, though, has put Ayr in a good position to match last season’s run of reaching the last 16 round.

Queen of South have been able to stand on in many areas of the pitch during the summer transfer window. Manager Wullie Gibson will have an opportunity to field many of the players when they go up against Ayr United. There are no injury problems for Gibson’s men coming into this game.

FAQs on Ayr United vs Queen of the South game 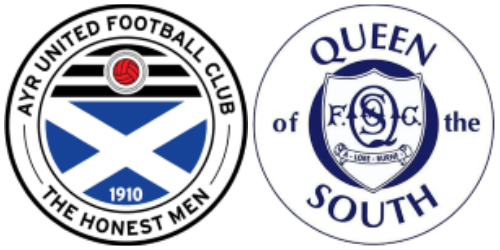 Where is the match going to take place? Somerset Park

Who is the favourite team to win the game? Ayr United