Auxerre look to snatch the automatic promotion spots from Ajaccio in the final game of the season when they go up against Amiens. Stade de l’Abbé Deschamps will be the location for this French Ligue 2 meeting.

Auxerre continued with their exceptional form with a 2-1 success Le Havre with goals from Hein and Charbonnier helping overcome an early setback for the team. Amiens’ disappointing conclusion to the season continues with a 2-1 loss against Paris FC at home.

Auxerre win at half-time and full-time

Auxerre have been successful at half-time and full-time in 50% of the recent six matches. The home team will be immensely motivated by the need to get three points and finish in the second place ahead of Ajaccio. Amiens will be finishing mid-table and the club has been lacking momentum over the last few weeks. Even though Amiens have not been completely overpowered at half-time, the visitors are likely to end up with a loss in both halves.

There have been more than 2.5 goals in three out of the recent five matches for Auxerre, as the club’s offence has been able to overcome the lack of discipline at the back with a string of goals. Amiens should end up with a goal or two given the poor defensive performances of the home team.

Even though Auxerre have picked up five and is in the last six matches, they have only managed to clean sheets in this period. Both these clean sheets have been against struggling outfits. Amiens might be poor on the road, but they have some amount of goals in the squad.

Amiens are likely to have a relaxed approach to this match after having already finished their season with a mid-table finish. Irrespective of the result in the upcoming match, Amiens will be finishing outside the top nine. There are no injury problems for manager Philippe Hinschberger in the squad.

Detailed Stats and Numbers for Auxerre vs Amiens

FAQs on Auxerre vs Amiens game 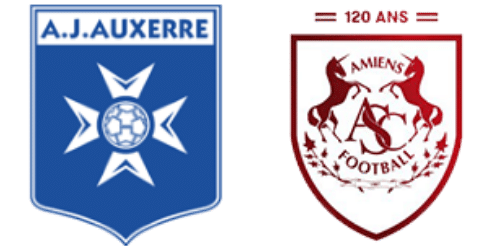 Where is the match going to take place? Stade de l’Abbé Deschamps