Vizela travel to the Estádio Municipal de Arouca looking to pick up only the second league win of the season. Arouca are the hosts for this Primeira Liga game.

Arouca lost for the first time in five matches after a 2-1 defeat at the hands of Santa Clara. Cryzan scored either side of the goal from Arsénio to provide a victory for Santa Clara. Vizela’s difficult run in the league continues following a 4-1 loss against Sporting Braga away from home.

Arouca to win the game

Arouca will be hoping to bounce back quickly from the loss against Santa Clara. Typically, home matches have served Arouca really well with three wins and a draw from the six matches. Vizela have struggled in the league this season with only one victory – against strugglers Tondela – so far this season. Vizela also suffered a loss on this ground last season.

Oday Dabagh has displayed excellent form over the last few weeks. The 23-year-old has been able to get three goals in the league so far this season, but he has scored in three out of the last four home matches for Arouca. In the recent win over Boavista, Oday Dabagh also ended up coming up with an assist.

Arouca remain in the mid-table positions courtesy of an inconsistent set of results. Arouca will be playing at home win two out of the next three games before heading out to the break. This bodes well with the team’s good home run. José Manuel Velázquez and Fernando Castro are unavailable due to injuries, while Pedro Moreira is doubtful.

Vizela have never been able to beat Arouca. The club are in desperate need for three points, as they are deep in relegation trouble. Igor Julião will be the player that Vizela have to do without for this game due to an injury problem.

Analysing the Stats for Arouca vs Vizela

FAQs on Arouca vs Vizela game 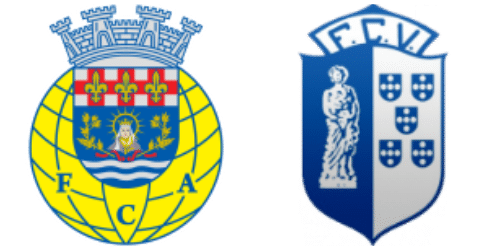