Porto look to continue their dominance in the Primeira Liga when they travel to the Estádio Municipal de Arouca for a game against Arouca.

Arouca were held to a goalless draw in the recent game against Famalicao. However, the result marked a second consecutive league game without a defeat for the stragglers. Porto picked up the 15th consecutive win in the league by beating Maritimo 2-1 at home.

Porto have been immensely successful so far this season. The team are unbeaten in 48 games and they have been winning both halves in eight of the last nine games against Arouca. Even though the home team are unbeaten in back-to-back matches, they are likely to be unhappy about going back home after two away matches. Arouca have lost three consecutive home matches at half-time and full-time.

As a result of Porto’s bad defensive run over the last few weeks, it is remarkable that the last eight matches involving the Primeira Liga table leaders has produced more than 2.5 goals. Arouca may not be a very strong offensive outfit, but it is very likely that this game will also end up producing more than 2.5 goals.

Porto might have kept five clean sheet in the recent seven games against Arouca, but the recent defensive form of the table leaders has not been so great. Porto simply cannot stop conceding goals and Edgar Costa’s goal for Maritimo during the weekend means that Porto have conceded at least once in six consecutive games.

Arouca might have gone unbeaten in the last two league outings, but the club has struggled quite heavily in recent home matches. It has not helped that Arouca have faced the top four teams in the last two home games, while Porto are the next visitors. Arouca would be missing Fernando Castro and Jose Manuel Velazquez due to injuries, while Pedro Moreira is doubtful.

Porto have simply been unstoppable in the last few matches. The team has been extending the lead at the top of the table and it is turning out into a two horse race with Benfica dropping out in recent weeks. Porto will be without Wendell due to suspension while Wilson Manafa is out with injury.

Analysing the Stats for Arouca vs Porto

FAQs on Arouca vs Porto game 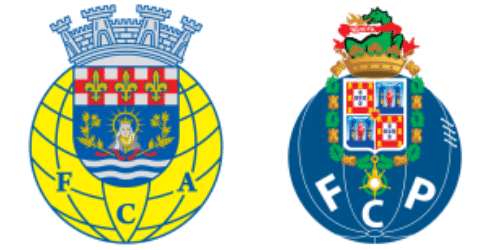