Gil Vicente go in search of the first win over Arouca since 2013 when they travel to the Estádio Municipal de Arouca on Saturday night.

Arouca reversed a run of back-to-back losses in the league with a 2-2 draw against Tondela. Andre Silva was the hero for Arouca on the day, as he came up with a brace to cancel out goals from Eduardo Quaresma and Salvador Agra. Gil Vicente took their unbeaten run to 12 matches in the league following a 1-1 draw with Maritimo. Samuel Lino was responsible for coming up with the equaliser that cancelled out Maritimo’s first-half goal.

Even though Gil Vicente are unbeaten in 12 consecutive league matches, they have picked up just one win in the last four league outings. Admittedly, Gil Vicente have had a difficult run during this period, but Arouca are unlikely to be push overs if history is to tell anything. After having gone almost a decade without a defeat against Gil Vicente, Armando Evangelista may sense that his team are unlikely to lose this match.

Gil Vicente and Arouca have played out only two goals in the five matches. This time around, both teams are very evenly matched in terms of recent form even if Arouca sit several places below in the table. Just two of the last five meetings between these two clubs have been a high-scoring fixture.

Gil Vicente have struggled to shut out the opposition especially in away matches, as they have witnessed was at both ends in three out of the last five on the road.

Arouca come into this match on the back of just one win in the last five matches. There is no reason to believe that relegation prospects are out of the team for the time being. Armando Evangelista has never been able to beat Gil Vicente as a coach. This time around, he has to do so without José Manuel Velazquez, Fernando Castro, and Oday Dabbagh due to injury. Tiago Araújo has picked up a suspension.

Gil Vicente have perfect conditions to extend the winning sequence of results in away matches. Manager Ricardo Soares does not have too many injury problems apart from Murilo Souza. Meanwhile, Soares has never been able to beat Evangelista in his coaching career.

Recent Form and Stats Analysis for Arouca vs Gil Vicente 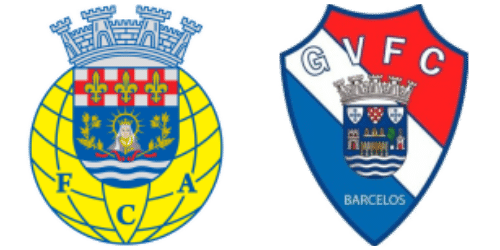